New look at Kyrgyz traditions from Diarmuid Sherry from Ireland

Last year in Bishkek became another adventure for him, and he will leave the country soon. Before leaving, Diarmuid Sherry shared his impressions of life in Kyrgyzstan with 24.kg news agency. 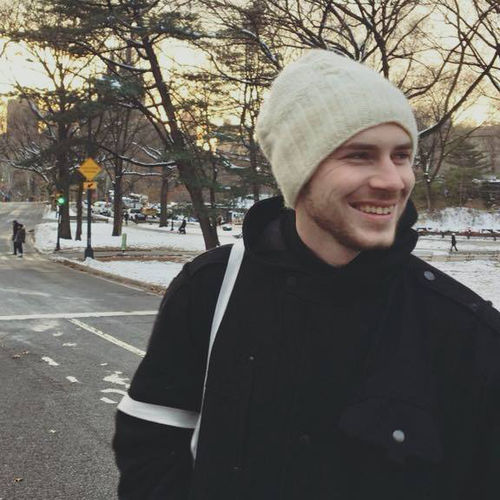 — What did you know about the country before arrival?

— I was looking for a job and considering various options. I received offers from Kyrgyzstan, Russia, Japan and some other countries.

I came to Kyrgyzstan, because the money that people earn here is enough for a comfortable life. I would have to be more economical in other countries.

I did not know anything about Kyrgyzstan, but I tended to believe that it was a conservative country. I knew that you were part of the USSR. I had no expectations; there is a little information about Kyrgyzstan in English on the Internet. I only found out that there are mountains — I really liked it.

— What did you notice first when you arrived?

— These were two things — food and air. The air here is very polluted. We were in Tokmak, and I saw a very dense smog over Bishkek from there.

— What features of local culture have you noticed?

— You have well-developed family values ​​- this is good, but I cannot understand some points. Often I hear from people that they need to look after their younger brothers and sisters. When I ask about the age of the children, they tell me that they are 19-20 years old. My sister is alone in America now and she is 20 years old. 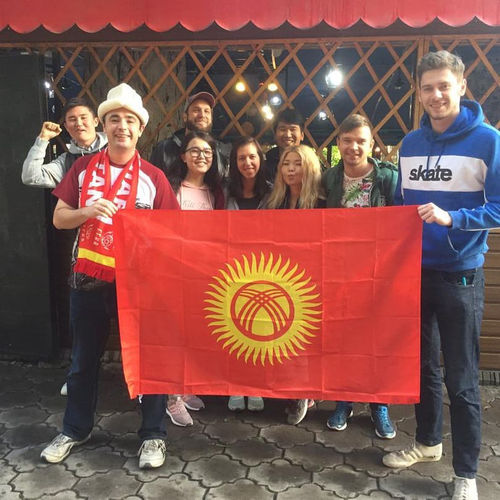 I see how, even at the age of 25, local people ask their parents for permission to do something.

I have a friend, he is a very smart guy — he has a master’s degree, speaks four languages, but does not use all his skills. He needs to take care of his parents. I thought they were old-aged, but it turned out that they were only 58 years old. This guy has great opportunities abroad. But he decided that he should be with his parents.

— You travel a lot. Have you noticed any similarities between the local population and people from other countries?

— I noticed one resemblance to the Brazilians. Both here and there, people are very careful about the cleanliness of personal items, constantly wash their hands. If anything touches the floor, they begin to clean it.

But the paradox is that there is a lot of garbage around, people spit on the streets, throw bottles past the litter bins. I also noticed that the locals do not save water.

As for the young people, they do not go anywhere, spend their weekends at home: sleep, do the cleaning, do their homework. I don’t understand this.

— Have you visited the regions?

— Yes, I traveled a lot in Kyrgyzstan. There are communities of people with whom you can go hiking. The mountains here are unbelievable.

I love football, my friend and I traveled around the cities to the matches of Alga football club: we visited Osh, Kochkor-Ata, Kant, and Kara-Balta.

There are many beautiful places near Bishkek, we often go to Ala-Archa, Red Bridge canyons. These places are easily accessible.

— If you were telling someone about Kyrgyzstan, what would you say first?

— I would say that It’s easy to live here. If you are a good specialist, you can easily find a job. In other countries, I would have to compete for a vacant place.

I would also say that there are a lot of shisha bars and that the Kyrgyz love karaoke.

— Shashlyk is excellent! All other food seemed too fatty to me. You have odd burgers. There is a lot of sauce, salads inside, it all drips and falls. But I just want a patty in a bun.

Local drinks are weird. I saw my students drink maksym, and decided to buy a bottle of it. When I tried it, the taste seemed incomprehensible.

But I would like to say that the Kyrgyz brandy is great, I even bought a bottle for my uncle.

— Can you tell about your work in Kyrgyzstan?

— I’m used to the fact that a teacher and students can exchange jokes, but this is not accepted here. At first, the guys were surprised; I like when the lessons are fun and easy. My teaching methods were incomprehensible to students, but we got used to each other over time.

If you listen to Kyrgyz students, you can believe in the existence of Cinderella. They constantly say that they have a lot of homework.

— Have you developed any new habits here?

— I go to the gym, go hiking, I go somewhere to see new places every couple of weeks. But it is difficult to move between cities. Sometimes, we just play the PlayStation with my friends. 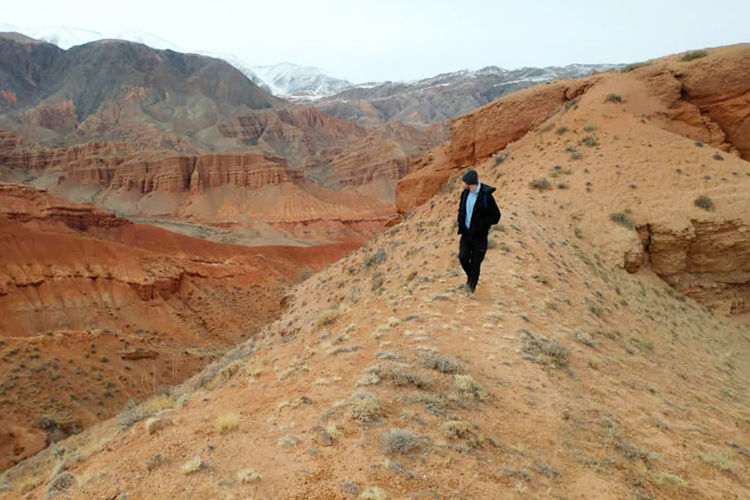 As for my work, I like that everything is clearly planned. I know in advance when I work, and I draw up my own schedule. In other countries, it is usually more difficult with the schedule.

— Are there any inconveniences for a foreigner in Bishkek?

— Minibuses are very uncomfortable. I’m tall enough, so I have to walk or use a taxi. But Bishkek is small, so you can get to any point in 40 minutes.

In general, inconvenience concerns little things, for example, I can’t go to the cinema because I don’t know the Russian language, I can’t read local media, but I can watch it all on the Internet.

— Did you manage to learn Kyrgyz or Russian?

— I have been learning Russian for the last six months, it is very difficult. As I leave, my motivation has reduced. I know some phrases and words in Kyrgyz, for example: «Salam», «Alga Kyrgyzstan.»

It is interesting to learn Kyrgyz in order to understand meaning of the names of cities and villages.

I think my knowledge of the local language is enough to survive.

— What impressions of Kyrgyzstan will you take with you?

— I will miss my friends, hookah, Kyrgyz football and the mountains.

link: https://24.kg/english/139722/
views: 1531
Print
Related
Choreographer from Cuba Michael Campos: Kyrgyzstan is special
Eraj Kaniev from Gorno-Badakhshan finds his home away from home in Kyrgyzstan
Mary Bernadette Condé became Kyrgyz kelin, but still not used to local customs
Ambassador of India to Kyrgyzstan: I would like to see more libraries in Bishkek
Makiko Uehara and Aya Murakami: Japanese and Kyrgyz are similar in appearance
Kübra Erbayrakçı from Turkey about wonderful aspects of Kyrgyz language
Mariko Kato misses the sea, but fell in love with mountains in Kyrgyzstan
Adnan Qureshi: Spirit and atmosphere in Bishkek are similar to London
Ina Creanga tells why she changed forests of Moldova for mountains of Kyrgyzstan
Joanis Santa Cruz from Cuba learns Kyrgyz to dedicate a song to Kyrgyzstan
Стоимость акций Центерры на бирже в Торонто (TSX)
на 18.05.2021
USD 7,17