PISA ranking: Why the last place is not so bad for Kyrgyzstan

Kyrgyzstan took the last place in the ranking of the Program for International Student Assessment (PISA) twice — in 2006 and 2009, after which the country refused to participate in the testing. However, the officials again returned to the idea of ​​testing students’ knowledge.

What conclusions should the Ministry of Education have to draw and what tasks need to be addressed to improve the score? The Practice Manager for the Europe and Central Asia region of the World Bank’s education global practice Harry Patrinos told 24.kg news agency. 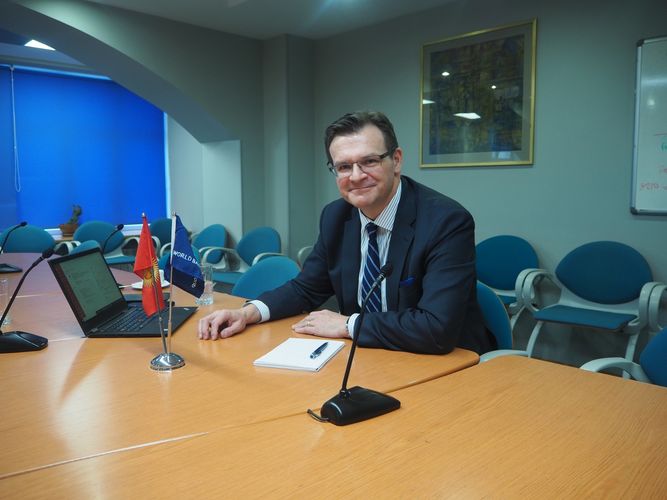 — Is there any forecast, whether the republic will not shame itself once again?

— Compared with the first round, Kyrgyzstan has gained some experience in the second, so the results have improved slightly then. In fact, this is a positive trend.

As for the further results, it’s hard for me to talk about anything specifically, because there is still time until 2024 (when the next participation is planned). I hope that the efforts of the government and development partners will improve the situation.

After all, a lot of factors play a role here. You should not just concentrate on points, the place taken by the country.

It is very important to analyze the information received from participation in order to make decisions and make changes to the education system itself.

Many countries that took part in such testing and did not get the highest scores built their further strategies based on the results. And they made a progress after that.

— What should Kyrgyzstan do today to make a progress?

— First of all, to invest in the early development of children. Spent resources will return in greater volume. But it takes time to find out how much these investments will pay off.

Students who attended preschool development programs for two or three years showed 35 percent higher results at PISA 2017 than those who did not attend them.

The 2009 PISA report noted that the Kyrgyz 15-year-old students, who attended preschool development programs for at least one year, had on an average two percent higher results.

Related news
Kyrgyzstan develops next education development strategy
The second aspect that I would like to draw attention to is the correct assessment and measurement of knowledge, as well as analysis in order political decisions to be balanced.

What do you need to pay attention to? The ability to read at an early age. This further improves academic performance and perception of information. Today, unfortunately, more than half of 10-year-old children around the world are not able to perceive the information they read. This ratio can be even higher than 80 percent in countries with lower income.

At least 64 percent of 10-year-olds do not understand the information they read in Kyrgyzstan.

And this is despite all the existing progress in the field of preschool education and universal school enrollment. Going to school without gaining knowledge is not only a missed opportunity, but also a huge injustice. It is very important to ensure the quality of teaching, investment especially in primary education, professional growth of teachers, it is necessary to raise the status of a teacher to a high level.

— You mentioned correct assessment. We have repeatedly advocated for a change in the assessment system, moving away from the five-point system. Will it be feasible?

— Assessment systems are different, simpler approaches are used somewhere, somewhere — more complex ones. Assessment is not important on its own, but for further improvements. We will continue to work with the Government of Kyrgyzstan on this, as well as on the professional development and training of teachers. After all, they are the main resource at schools. It is important for them to have a decent salary.

But the salary alone is not enough. Teachers should have enough information and tools in their hands to be able to assess the essence of the problem and solve it correctly. The problem of additional assistance is especially acute in remote regions.

You can not always evaluate yourself — whether you do everything right. Someone does it differently, better. It is important to bring information about successful teaching methods. In Southeast Asia, teachers, for example, share lesson plans, teaching methods, and their experiences with each other. A universally accepted around the world instrument was piloted in Kyrgyzstan — monitoring teacher’s teaching practice in a classroom, in order to be able to evaluate and make recommendations, what should be paid attention to, what has to be changed or improved.

— What is the refundability of investment in education? What profit brings, for example, $ 1 spent on early development?

— Investing in education has not only social significance, but also brings economic benefits. It was counted. Throughout the world, each additional year of education allows to earn 8-10 percent more in the future.

The return of investments will be almost 10 percent in Kyrgyzstan. This is a high rate.

The profit from investing in education is much higher compared even to the capital market, stocks, real estate investing, bank deposits and so on. In the USA, the return from investment in early education is $ 8 dollars per each invested dollar.

This ratio is even higher in developing countries.

According to the human capital index, on average in the world, a child born today will be able to fulfill only a half of his or her potential by 18th birthday. The reason is that insufficient conditions were created for him or her at an early age in terms of the quality of education and medical care.

The data in Kyrgyzstan is slightly better, we expect that a child born today will be able to fulfill almost 60 percent of his or her potential by the time he or she reaches the age of 18. Kyrgyzstan needs to achieve better results in the field of health and education in order to fulfill its aspirations for a more developed and productive economy and improvement of the standard of living of its citizens.