How ex-president surrendered to authorities - version of Interior Ministry 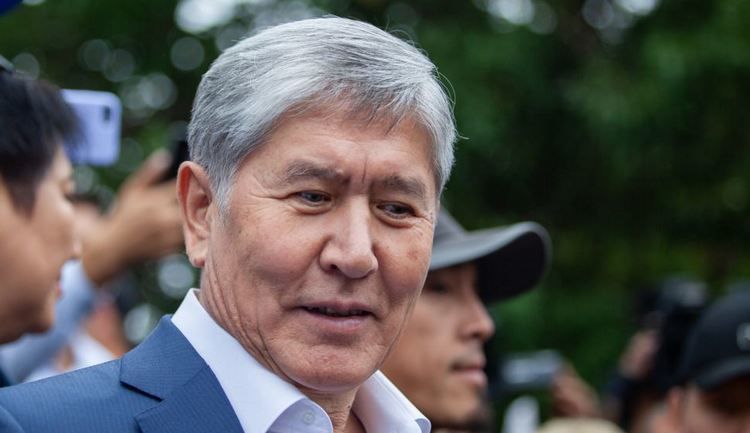 Interior Minister of Kyrgyzstan Kashkar Dzhunushaliev told in details about detention of the former president of the Kyrgyz Republic Almazbek Atambayev at a press conference today.

According to him, in accordance with the law on internal affairs bodies, a decision was made to conduct a special operation and storm the house of Almazbek Atambayev.

«No firearms were used; these were special means only. A defensive battle point made of sandbags was prepared in the house of Atambayev,» Kashkar Dzhunushaliev said.

«But Atambayev did not agree with the terms of the negotiations and made it clear that he would go to extreme and would shoot back. I gave him 10 minutes to think and voluntarily surrender without the use of firearms. There were Kunduz Zholdubaeva and Farid Niyazov, two bodyguards and a 25-30 year- old man next to him. Kunduz Zholdubaeva said that they would resist. I decided to storm, giving them 3 minutes. In the end, Atambayev and his supporters were detained,» Kashkar Dzhunushaliev told.

Almazbek Atambayev decided to surrender on August 8. Preventive measure — detention in pre-trial detention center of the State Committee for National Security until August 26 — was selected for Almazbek Atambayev at an offsite hearing of the Pervomaisky District Court of Bishkek.