A picket takes place at the building of the Prosecutor General’s Office. Its participants informed 24.kg news agency.

According to them, residents of the 6th microdistrict organized the protest. They demand to bring to criminal responsibility the employees of the State Ecological Inspectorate. The picketers note that the officials of the agency do not comply with the decision of the Supreme Court, and the Prosecutor General’s Office does not react to it.

«The decision to dismantle the illegal extension to one of the cafes in the microdistrict was made in March. But it was not demolished. We appealed to the Prosecutor General’s Office. More than a month has passed, but there is no answer,» the protesters said. 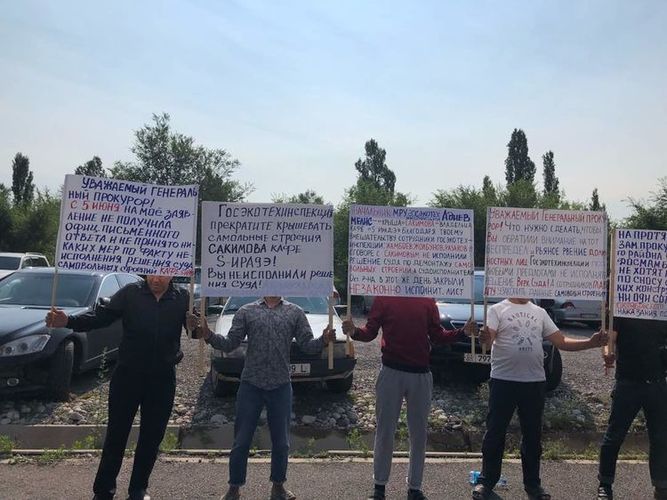 They added that they would picket each day until attention to their demand is paid.