Fred Huston: I learned about Kyrgyzstan from Askar Akayev’s book in Colorado 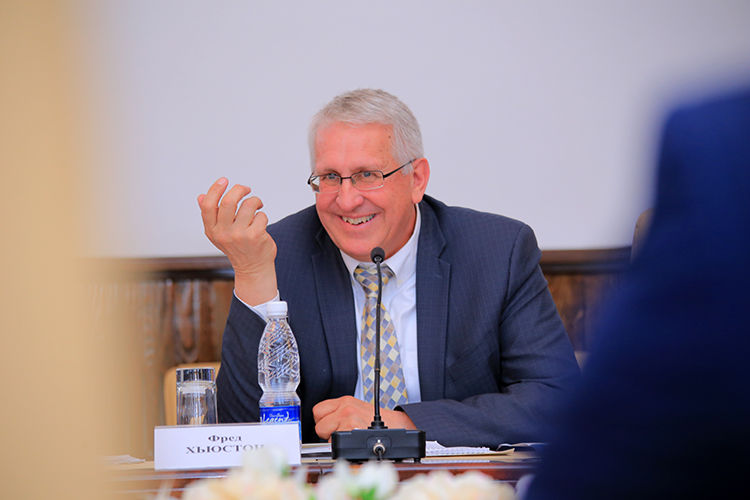 Fred Huston, an International Development Law Organization (IDLO) Country Director, said at one of the events that he had been living in Kyrgyzstan for so long that he had already become a real Kyrgyz. He came to our republic 23 years ago — on January 26, 1995.

— Fred, how did you get in Kyrgyzstan?

— I submitted my CV to USAID for a program coordinator position. I was tired of working as a lawyer in America for 15 years. I wanted to be more useful to society. I saw great changes in the relations between the countries of the former Soviet Union and America.

I wanted to be a bridge between the people, so that the Cold War would not happen again.

I began to learn Russian at school, when I was 14. I was lucky that we had a Russian language teacher who had been working for four years at our secondary school. I continued to study the language at the university. I was born in Colorado and graduated from the university there. I studied at the Geological Faculty. I worked in my degree field for a year, then went to the College of Law in Denver. The state of Colorado has the Rocky Mountains. It is very similar to Kyrgyzstan. 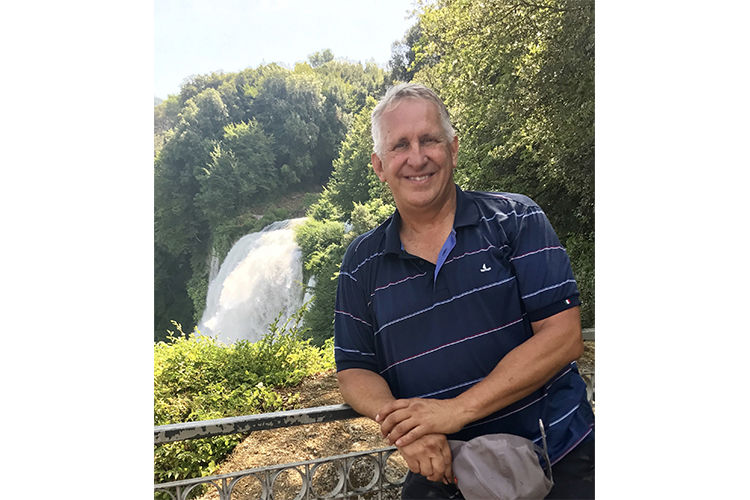 — Why did you decide to study Russian?

— It was in 1968, at the beginning of the Cold War. I was a young, hot-tempered guy and wanted to know my enemy. There was such a perception, such an ideology in my childhood. But when learning the language, Russian literature, I realized that the Soviet people had never been our enemy. Even then I wanted to establish contacts between our countries. But, alas, working for 15 years as a lawyer in America, where no one spoke Russian, I had forgotten much of the language.

Then I read a book by Gorbachev about perestroika and realized that everything was changing. I understood that the previous education, knowledge of the Russian language could be useful.

I saw in Denver an advertisement about the recruitment of specialists by the U.S. Agency for International Development (USAID) to work in the countries of the former USSR and decided to radically change my life. They were looking for people, who knew the rules of privatization. I’m a lawyer, well versed in the laws. I was accepted. There were a few Americans, who knew the Russian language then. I had an advantage.

— Were you sent to our country or did you have a chance to choose?

— There were eight republics to choose. I knew nothing about Kyrgyzstan. I had to go to the library.

I realized that Kyrgyzstan was a mountainous country, like my native state, and was located in the same latitude as Colorado.

I am very pleased and it is easy for me to live here, we have similar climatic conditions. The biggest difference is the location of the mountains. They are in the south of Bishkek, and in Denver — in the west. The mountains here are higher, steeper and more beautiful. 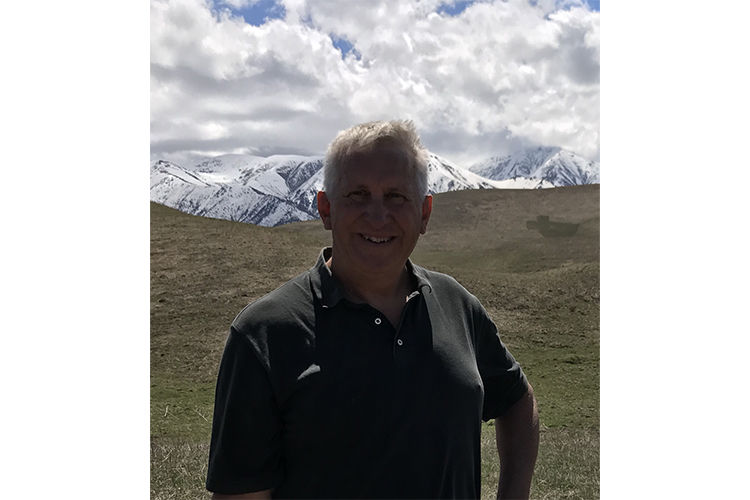 -It’s surprising that you could find books about Kyrgyzstan in the Colorado library. What kind of publications were they?

— The local library had a book by Askar Akayev, where he elegantly described his intentions, where and how he wanted to lead a young republic. This was in 1994. There were a lot of sound ideas in the book, I really liked how well he formulated the vision of the future of Kyrgyzstan. Unfortunately, not everything happened as he wrote.

— What surprised you in Bishkek when you arrived?

— The most interesting and pleasant — then people communicated without cell phones. I was used to a more rapid pace of life, so when I arrived in Kyrgyzstan, I had a feeling that I had returned to the past, 20 years ago.

It was so nice to see that people want to communicate with each other, to know about their personal lives. This is in the past in the American society, unfortunately.

Kyrgyzstanis are very sociable, they like to have a rest together. It is very good. If this were actively used for mutual support and joint work, this would lead everyone to great achievements.

On the other hand, it is still difficult for me to understand the quivering attitude of the Kyrgyz people towards clan ties. For example, when a person, who was born and spent his entire life in Bishkek, says that he is from Naryn. In America, such a psychological connection disappears. A person there moves on the average five times in life, changes his profession five times, and such links disappear.

— I did not think about it, but like a former geologist, I love nature. When there is a possibility, I go to the golf club to get some fresh air and take a walk with my dog.

My favorite place in Kyrgyzstan is Issyk-Kul. There are no such lakes in Colorado. They are much colder. 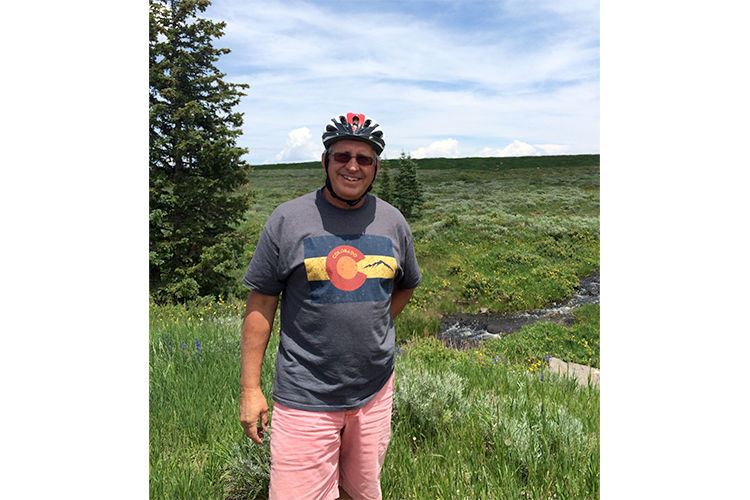 -Have you tried all the national dishes for so many years spent in Kyrgyzstan? What do you like and what are you afraid to taste?

There is a place in the mountains, in Suusamyr Valley, where ecologically clean kaimak is made. It can not be compared to anything.

I like all the dishes of the national cuisine. I ate eleven sheep’s eyes and after that, I can assure that I’m not afraid of anything. But I can not say was it tasty or not.

— I see that there are few new parks. Houses are built, but where should people park their cars, to rest? I would like to see more green zones created when planning the city. Now, to get some fresh air, you have to go outside the capital. People are trying to create parks, recreation areas in modern cities, and parking is primarily planned when constructing new large buildings.

— You have said that Kyrgyzstan was like your native Colorado state. What do you miss here?

— Of course, I miss my relatives, children. As for the rest, I do not really miss Colorado. I have been living in Kyrgyzstan for 23 years, I’m used to it.

Earlier, perhaps, I missed some food products or things, but now there is everything in Bishkek that I need for life.

— Have you worked at USAID all these years?

— I had been working in USAID projects in Kyrgyzstan for the first seven years. Then, for seven years, I had been employed in the mining industry: the British company invested in construction of a gold mining plant in Talas region. When it was almost completed, other players interfered, and the investor had to leave. 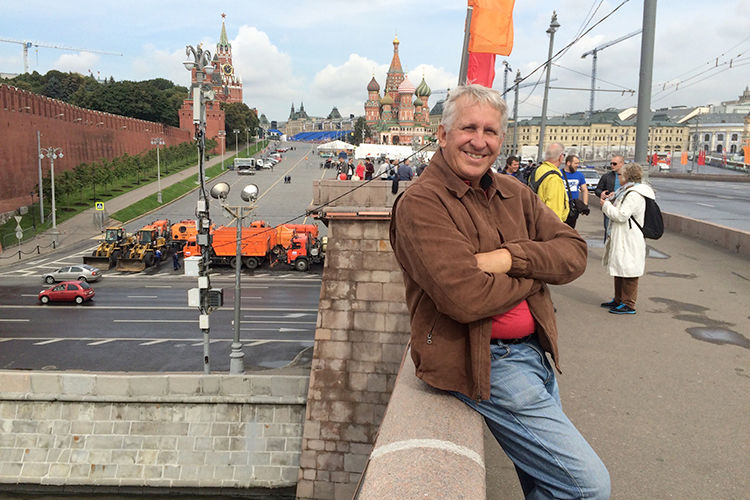 At that time, I thought about returning home to America, but I got a call and was offered to head a project on judicial reform of the International Development Law Organization (IDLO), headquartered in Rome. It has been promoting legal culture and the rule of law for over 30 years in various countries around the world.

I saw that the lack of rule of law was the Achilles’ heel in the development of Kyrgyzstan, so I accepted the offer.

The first six-year project is completed, and a new USAID-IDLO program to increase public confidence in the justice system, Ishenimduu Sot, was launched. 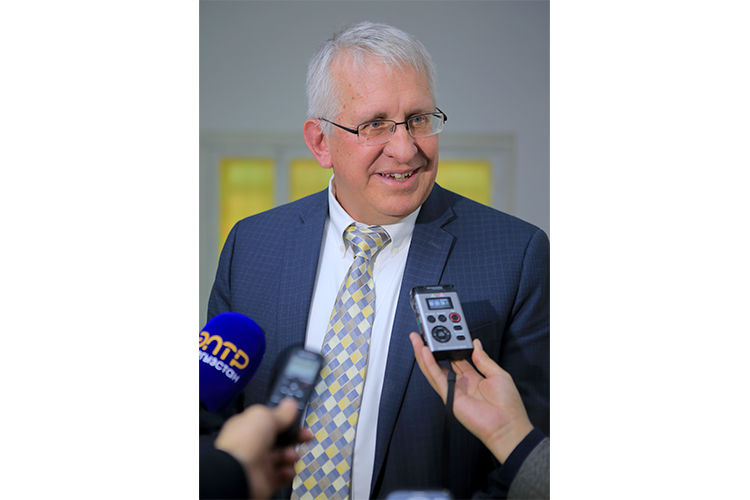 — Have you ever regretted your choice?

— Never. If I had to choose again, then no doubt, I would choose Kyrgyzstan.