A group of hackers hacked into the passport system of Belarus and posted data of some politicians on Telegram.

Anonymous hackers from Cyberpartisans claim they have hacked the country’s passport system. The hackers obtained information of millions of Belarusians, including «hidden data» of the leadership of the security forces, people from the inner circle of Alexander Lukashenko, KGB officers and intelligence officers in the European Union. There are also the passport data of the former president of Kyrgyzstan Kurmanbek Bakiyev. He was overthrown on April 7, 2010 and fled from the republic to Minsk. 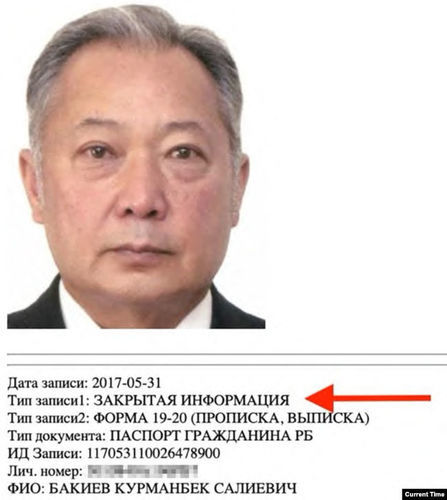 It should be reminded that the Kyrgyz authorities periodically say that they intend to extradite Kurmanbek Bakiyev to his homeland for criminal prosecution.