Mobile clinic to be sent to Leilek district of Kyrgyzstan

Mobile clinic that has been delivered to Kyrgyzstan will be sent to Leilek district of Batken region to provide medical assistance to victims of border conflict. Minister of Health and Social Development Alymkadyr Beishenaliev told 24.kg news agency. 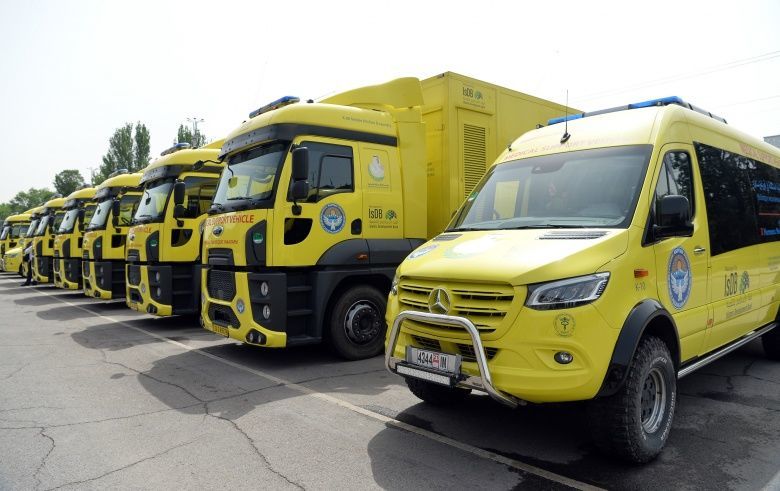 According to him, it was initially planned that the vehicles would be sent to Naryn, but due to an incident at the border, the plans have changed.

«Patients will be able to receive the full range of necessary services — laboratory tests, gynecological, ophthalmological and surgical operations. Many people in remote areas suffer, for example, from cataracts. Patients have to go to Osh or Bishkek, now they can get help on the spot. The clinic will move around the regions,» the head of the Ministry of Health told.

He stressed that the budget does not bear any expenses for financing of the clinic. «Its work will be financed by the Islamic Development Bank for five years, the Arabs have allocated us $ 10 million. The salaries of medical workers, food, accommodation, medicines and etc. will be paid using these funds. This is a grant,» Alymkadyr Beishenaliev noted.

According to him, 14 doctors from abroad (mainly from Holland) arrived in the Kyrgyz Republic, who have the skills to work using the equipment of the mobile clinic. They will train local specialists.

The clinic is housed in five out of eight trailers. They work as a single set. There is also a kitchen for 40 people in one of the vehicles, and 40 beds in the other.

At least 189 Kyrgyzstanis sought medical help, 36 people died, including children as a result of the border conflict. More than 40,000 people have been evacuated from the conflict zone.