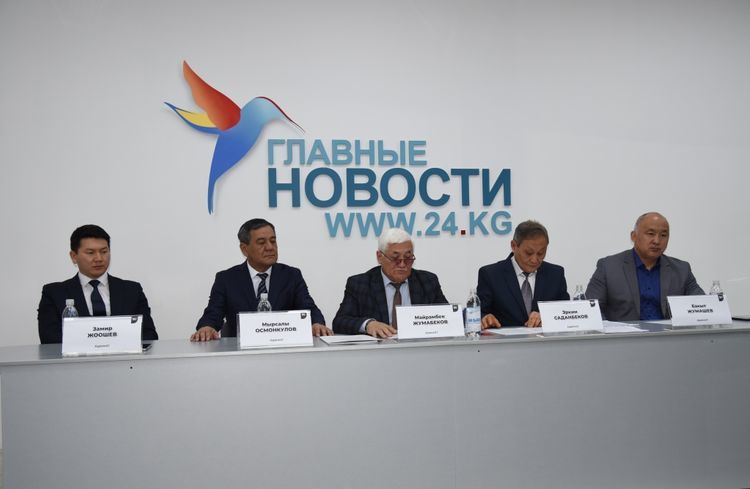 Lawyers appealed to the President of Kyrgyzstan Sadyr Japarov with a complaint against judges breaking the law. A lawyer Mairambek Zhumabekov told at a press conference at 24.kg news agency.

According to him, two incidents with the accused Ryskeldi Akmatov and the founder of Aknet LLC Kuban Azhimudinov are a vivid example of violations. They were sanctioned by the investigating judge of the Pervomaisky District Court of Bishkek, Chingiz Berdymuradov.

The lawyer notes that he, by his decision, placed these suspects into custody, although they are seriously ill and it is contraindicated for them to stay in a cell. Thus, the judge violated not only domestic legislation, but also international covenants and human rights conventions.

«The President, in his speech on March 5, said that he himself would protect the judges and guarantee their independence, if they show will and do not fulfill orders, but are guided exclusively by the law. But the judges did not seem to pay any attention to the president’s words. Laws are still violated,» Mairambek Zhumabekov said.

Another participant of the press conference, Myrsaly Osmonkulov, supported him. He noted that the investigating judge of the Pervomaisky District Court of Bishkek, Chingiz Berdymuradov, grossly and systematically violated the Criminal Procedure Code. He should be called to account. The lawyers appealed to the Prosecutor General’s Office.