President of Kyrgyzstan Sadyr Japarov addressed Kyrgyzstanis after voting in elections of deputies and referendum at polling station 1053. 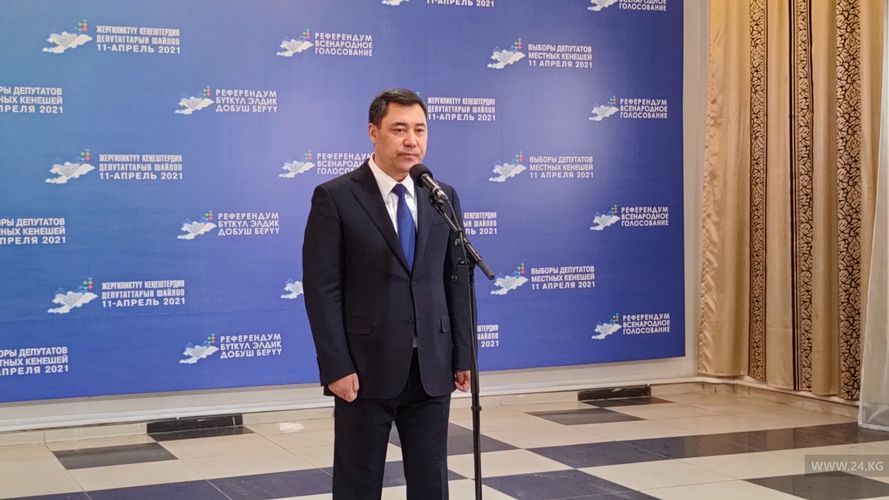 The head of state stressed that Kyrgyzstan has changed the Constitution many times, constantly copying it from other countries.

«This time, for the first time, we drew up the Basic Law ourselves. If the people support it, then from tomorrow we will live according to the new Constitution. I, as President, call on citizens to actively participate in the elections. Everyone should have a free choice,» Sadyr Japarov noted.

Voting in elections of deputies of city, rural councils and referendum on adoption of the draft of a new Constitution started in Kyrgyzstan.

Deputies of 28 city councils are elected today. Almost 12,000 people run for 796 seats. This means that the competition is 15 people per seat. A total of 56 parties participate in the race. Most of them are trying to take seats in the Bishkek City Council.