U.S. Ambassador to Kyrgyzstan Donald Lu made a statement at the virtual Stremlenie Awards ceremony for journalists.

The head of the diplomatic mission believes that the most important over the past eighteen months since the last awards ceremony were not the elections, not the coronavirus, or even not the revolution. 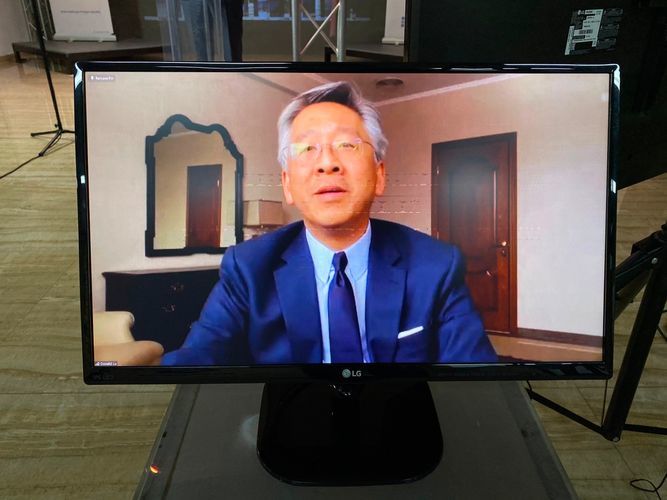 «The single most important story of the past 18 months has been the investigative journalism about the criminal empire of Raim Million. But why was it so important? Organized crime has existed and thrived in Kyrgyzstan since Soviet times. But it has always lived in the shadows, until this past year. The courageous journalism of Azattyk, KLOOP, OCCRP, Factcheck.kg, and dozens of social media journalists started a societal discussion about organized crime. It forced government to respond,» the Ambassador said.

The Kyrgyz public was disgusted by the greed, power, and impunity of this criminal family. They saw how these criminals fueled corruption in Kyrgyz society. The old GKNB and a Parliament Commission investigated, but found nothing.

He reminded that several journalists were beaten, threatened, and jailed under the previous government. «And last year, Raim Million brought a libel lawsuit against media outlets in which he tried to have their assets preemptively seized. The public reaction was fierce. Then Mekenim Kyrgyzstan rose to power from nothing, winning 24 percent of the vote on October 4 and nearly 40 percent of the seats in parliament,» Donald Lu stressed, adding that such results provoked the October 5 events.

«Then came the efforts by organized crime to influence the decisions of the interim government of Sadyr Japarov. They used internet trolls, thugs on the streets, and threats of violence against Kyrgyzstan’s leaders. The Kyrgyz people and the interim government said that this was unacceptable,» Donald Lu said.

The Ambassador reminded that on October 20, the GKNB arrested Raim Million. On October 22, Kamchybek Kolbaev was arrested. «While it is true that the courts put Raim Million under house arrest in exchange for a promise to pay 2 billion som to the government, these steps are a beginning. They are not enough, but they are a beginning. This has been like a Hollywood mafia movie. But you don’t yet know how the movie will end,» Donald Lu added.

The diplomat is confident that the government will «bring criminals to justice».

«The government will hold criminals responsible. It will prosecute them. It will prevent their criminal networks from stealing from the Kyrgyz people. It will prevent these criminals from poisoning your children with drugs. But it will only do these things if courageous people stand up against them. This is the job of journalists, civil society activists, and brave leaders of this country. And for this goal, Kyrgyzstan has the full support of its international partners, including the United States,» Donald Lu concluded.