Aigul Mambetkazieva was appointed a Director of the Gapar Aitiev Kyrgyz National Museum of Fine Arts. Press service of the Ministry of Culture, Information and Tourism of the Kyrgyz Republic posted on its Facebook page.

Related news
Fine Arts Museum staff asks President to reinstate Mira Dzhangaracheva in office
According to it, an order on the appointment was signed by the Minister Azamat Zhamankulov.

Recall, the former director of the Kyrgyz National Museum of Fine Arts Mira Dzhangaracheva was hastily relieved of her post by the Minister of Culture in the wake of the scandal with the Feminnale.

The first Feminnale of Contemporary Art is held in Bishkek. The large-scale exposition was opened in the Museum of Fine Arts named after Gapar Aitiev with works of 56 artists from 22 countries.

However, activists were outraged by the performance, which provoked heated discussions on social media about the plight of young women — a girl washing sheep’s intestines in a bowl, or naked women.

Aigul Mambetkazieva was born in 1955. She graduated from the History Department of the Kyrgyz State University. 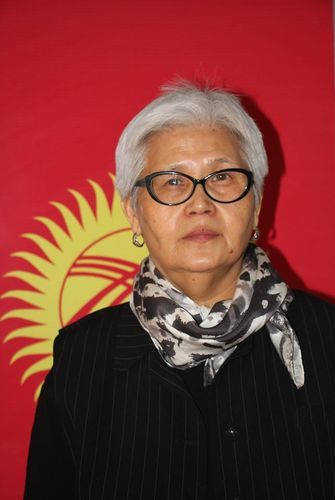 She began her career at the Kyrgyz National Museum of Fine Arts named after Gapar Aitiev in 1978, from 1978 to 1980 — as a museum interpreter, 1980-1986 — as a researcher at the Department of Decorative and Applied Art.

Prior to the appointment, she held the post of a deputy director, head of conservation for the museum, and is a republican museum expert.