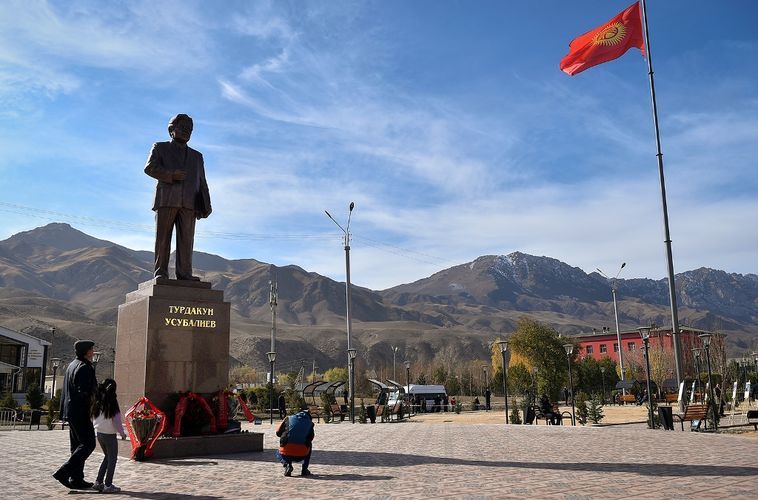 Prime Minister of Kyrgyzstan Mukhammedkaly Abylgaziev took part in an event dedicated to the celebration of the 100th anniversary of a prominent political figure Turdakun Usubaliev during his working trip to Naryn region. The Information Support Department of Government Office of the Kyrgyz Republic reported.

Official opening ceremony of the monument to the politician took place on the main square of Naryn. Guests of the event were shown a theatrical performance.

Recall, the grandson of Turdakun Usubaliev, Ermek Usubaliev, expressed the wish that all events to be held in the style of his grandfather — modestly and without excessive pomp.

Turdakun Usubaliev was born on November 6, 1919 in Kochkor village, Naryn region. He is a state and party leader, Hero of the Kyrgyz Republic.

Turdakun Usubaliev was the first Secretary of the Central Committee of the Communist Party of the Kyrgyz SSR from 1961 to 1985. His activities are connected with the development of industry and agriculture, science and education, mass housing construction and construction of architectural ensembles of Ala-Too and Victory squares in Bishkek, Toktogul hydroelectric station and several other power plants.