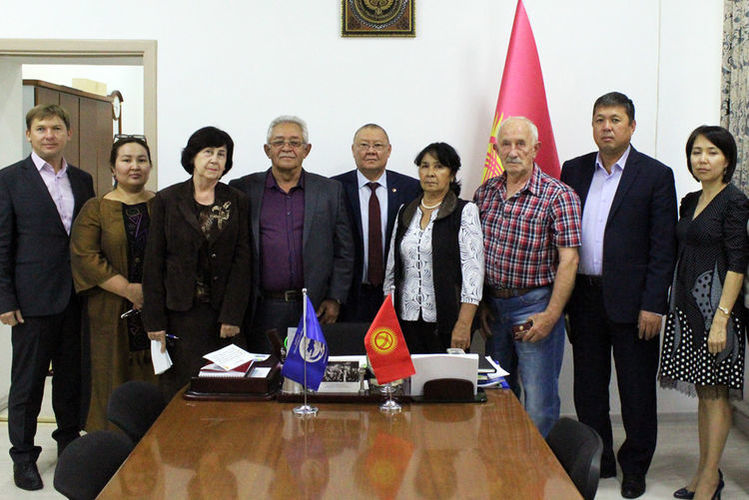 Ombudsman of Kyrgyzstan Tokon Mamytov expanded the list of his regional freelance assistants. Press service of the Ombudsman reported.

The assistants will reportedly work on a voluntary basis.

A request for their appointment was submitted by Alexander Stepanyuk, Chairman of the Coordination Council of organizations of Russian compatriots in the Kyrgyz Republic.

According to the order of the Ombudsman, certificates were handed to assistants in Osh, Karakol, Naryn, Kara-Balta and Bishkek.

During the meeting, the Ombudsman appealed to his new representatives with a request to always adhere to three basic principles — to be predictable, honest and as open as possible for citizens who will turn to them in search of protection of their constitutional rights, freedoms and legitimate interests.