Students from Kyrgyzstan win medals at International Olympiad in Informatics 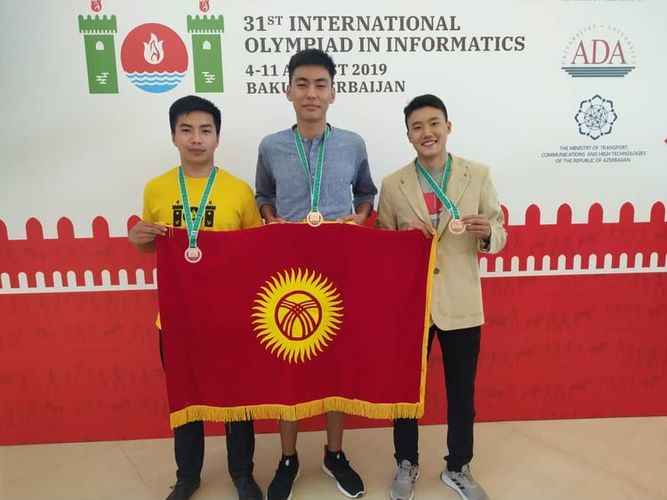 Schoolchildren from Kyrgyzstan won three bronze medals at the International Olympiad in Informatics (IOI 2019). The Ministry of Education and Science of Kyrgyzstan confirmed the information to 24.kg news agency.

Another Kyrgyzstani, a student of the 11th grade of Sema lyceum of Osh city Mirbek Bakirov, received a participant diploma and an encouragement award.

The International Olympiad in Informatics (IOI) is an annual competition among schoolchildren. IOI was first held in 1989.

The competition takes place two days, its participants are invited to solve and program algorithmic tasks. Participants compete individually, not more than four participants can represent each country. They are usually selected based on the results of national competitions.

The Olympiad was held in Baku with participation of 335 students from 88 countries.