Participant of rally in support of Atambayev summoned by SCNS

Participant of the rally in support of the former president of Kyrgyzstan Almazbek Atambayev, Farkhad Baabiev, was summoned for interrogation to the State Committee for National Security of Kyrgyzstan. Official representative of SDPK Kunduz Zholdubaeva reported.

According to her, he participated in a rally near Forum building against the current government and severely criticized the policy pursued by the current head of state. 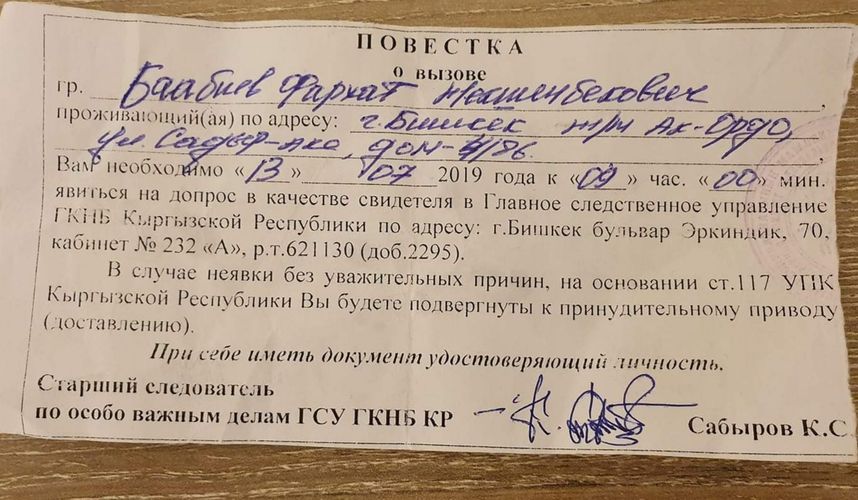 Farkhad Baabiev was summoned for interrogation by SCNS today at 9.00.