Almazbek Atambayev not to let police investigator into his house

Former president of Kyrgyzstan Almazbek Atambayev stated the day before at a meeting with his supporters that he would not let a police investigator in if he showed up. 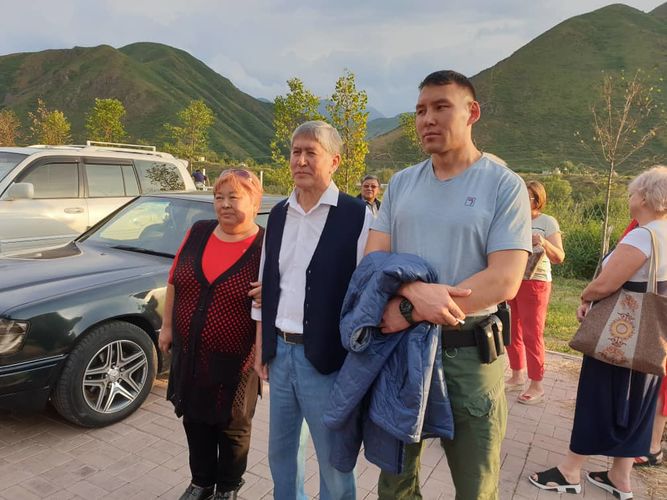 «Why am I obliged to let someone into my house? These are questions to an investigator. This house is a protected area. According to the law, until the entry into force of a court conviction, my house and its territory must be protected. The fact that they removed the guard is also a violation of the law. All this is done, apparently, in order to silence me,» said Almazbek Atambayev.

Answering the question what would happen if the security forces begin an assault, Almazbek Atambayev said he was ready for everything.

Almazbek Atambayev was summoned for questioning as a witness. However, the former president refused to come to the Investigative Department of the Ministry of Internal Affairs.

Recall, the Parliament of Kyrgyzstan lifted the immunity of the former president. He was charged with five offences, including the unlawful release of the kingpin Aziz Batukaev and corruption.

Six Kyrgyzstanis arrested in Moscow for creation of extremist organization