Drugs and weapons confiscated from resident of Kemin district 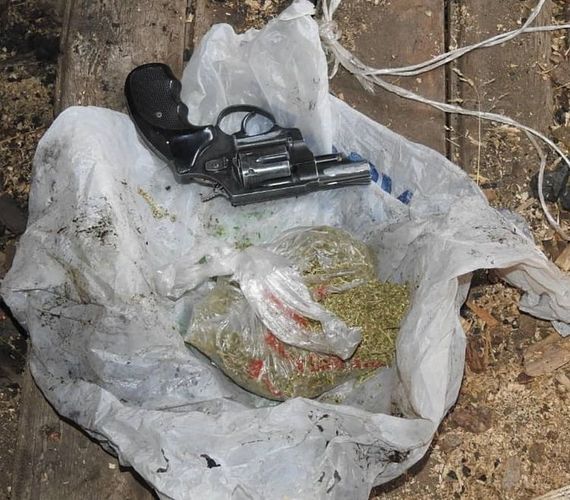 Drugs and weapons were found during search in a house of a resident of Ak-Tuz village, Kemin district. Press service of the Main Internal Affairs Department of Chui region reported.

Staff of the Investigation Service of the Department of Internal Affairs of Kemin district received information that the resident used and stored drugs at home.

At least 110 grams of marijuana, a revolver with erased numbers of unknown production, were found and seized as a result of the search.

It was found out that the seized belonged to the son of the mistress of the house searched. The suspect was arrested.