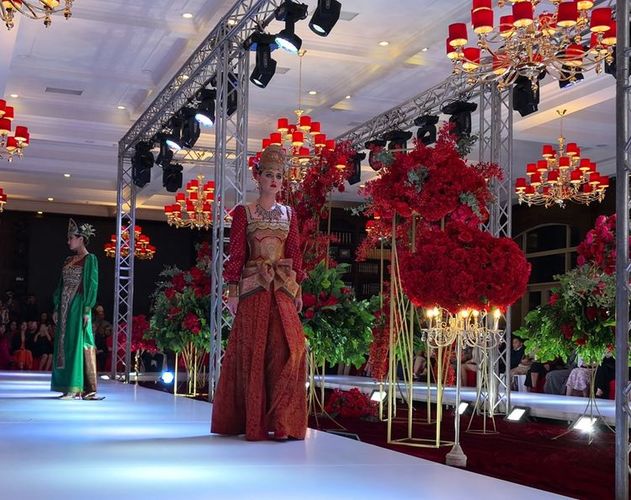 A theatrical show «Red Dior,» created on the basis of the collections of the legendary fashion designer Vyacheslav Zaitsev took place in Bishkek the day before.

The great couturier presented his most colorful works, who arrived in the capital of Kyrgyzstan at the invitation of the Academician of the Eurasian Academy, a public figure Assol Moldokmatova, who has known him for 15 years.

«Red Dior» is the name of Vyacheslav Zaitsev in the Western press.

«This is a beautiful theatrical show, synthesis of Asia and Europe. Vyacheslav Zaitsev has a huge number of collections. He is a legend. Meeting with the great fashion designer is a dream for many Kyrgyzstanis,» Assol Moldokmatova, who calls him her mentor, says.

The arrival in Bishkek of such a person is the rarest and most special event for the country. And each of those present felt that they became participants of a unique evening.

At the end of the show, the guests stood up, applauded the couturier for a long time, paying tribute to his talent and huge contribution to world fashion.

24.kg news agency is an information partner of the event.