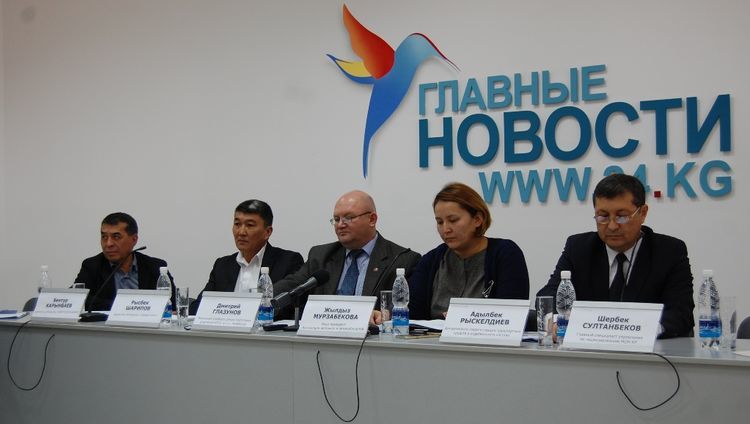 The drivers themselves are guilty of traffic accidents. Vice President of the Association of Driving Schools and Automobilists Jyldyz Murzabekova told today at a press conference in 24.kg news agency.

According to her, over the past 10 years the number of accidents has increased 1.5 times. «But no one talks about many times growth in the number of vehicles. If earlier in Bishkek there was one accident per 95 cars, now there is one accident per 147 cars. Terrible bloody traffic accidents involving novice drivers (with experience up to 2 years) account for only 0.02 percent of the total number. In general, drivers with large experience violate the traffic rules,» Jyldyz Murzabekova said.

«Now the question is that the driving schools do not teach the driver’s staff well. But then it is unlikely that the Kyrgyz people would finish their studies and get the driving licenses. Very often we are accused of sale of driver’s licenses. But we do not have the authority to issue them. We just issue a certificate of graduation, after which a person has the right to take the exam and get the driving licenses,» the Vice President of the association noted.

«And who is then to blame for the traffic accidents? The drivers themselves are to blame. They are irresponsible in the sense that they endanger themselves and others. Everyone knows about the traffic accident in Nizhne-Chuiskoye village, when a drunken driver killed three women and a child. A man with a driving experience of 20 years was driving drunk. How can you say that this is the fault of the driving school or the Road Patrol Service?» she asked.

«Drivers feel their impunity, so they comply with the rules only when an employee of the Patrol Police Service is standing (they use seat belt and drive according to the rules), as soon as they have passed the employee, they start breaking the rules. The state agencies can not be responsible for the actions of each driver,» Jyldyz Murzabekova concluded.

Number of domestic violence cases grows by 62 percent in Kyrgyzstan