takes the 108th place in the Military Strength Ranking, which was drawn up by Global Firepower.

The United States take the first place in combat power. The Russian army took the second place. At the same time, the lag of the and , following it, from the Americans is not so great. 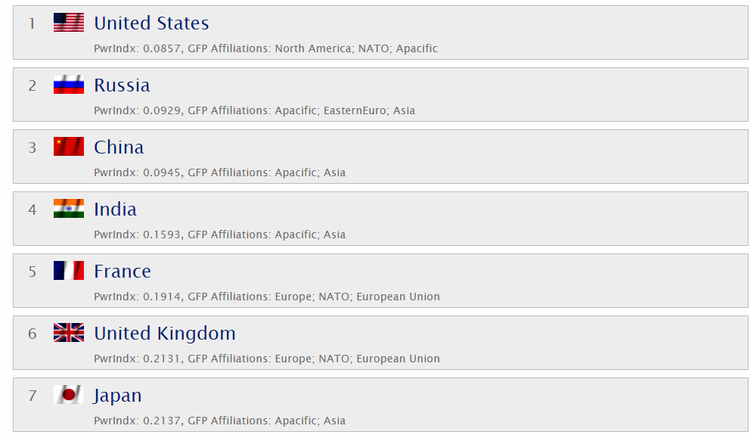 As it is said in explanation to the ranking compiled by military experts, the ranking does not simply rely on the total amount of weapons available, but rather focuses on weapon diversity, available manpower and its reserve, the level of military financing, the country’s transport infrastructure, oil production and other factors influencing defense capacity of the countries.