High potential, no development: Investor about economic situation in Kyrgyzstan

The economic situation in Kyrgyzstan has long been sad. It only got worse last year due to the coronavirus pandemic. At the same time, there are investment projects that somehow keep the country afloat, but they are also at risk now.

According to experts, the main obstacles to the inflow of foreign capital into Kyrgyzstan are unfinished legislation, excessive taxes, lack of a mechanism to protect foreign investment and the spread of corruption.

An investor from Switzerland Daniel Beuchat stated recently that he had become a victim of fraud by a businessman Vitaly Gergert, the founder of Gergert Sport sportswear store. The businessman invested €300,000 and was promised dividends — 12 percent per annum in return. However, delays in payments began after two years, and then they completely stopped. Law enforcement agencies are investigating the case. 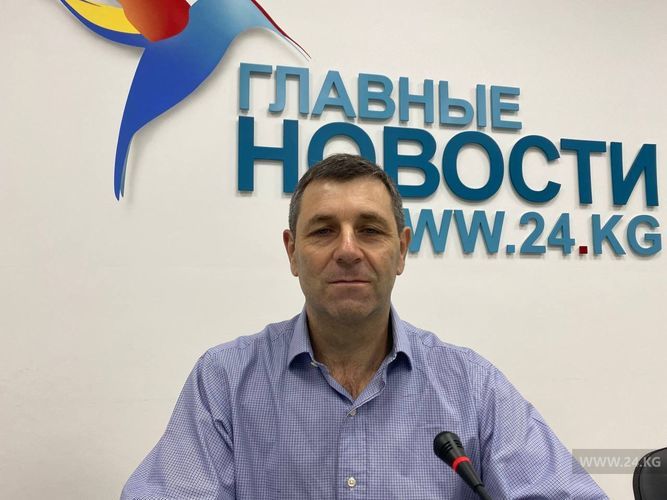 Daniel Beuchat told in an interview with 24.kg news agency why he decided to invest in the development of the republic and what lessons he learned from his own experience.

— How do you assess the investment climate in Kyrgyzstan?

— Your country has great opportunities and high potential, the economy is at a transition stage. Money was invested in infrastructure development in Soviet times only, and there have been no steps since then. Kyrgyzstan is traditionally a trading state, in particular, because it is located on the territory of the Silk Road. So let’s say, the new Silk Road is just being built now, including thanks to the customs agreement with the CIS countries.

Provision of various services is developed, but this is not enough for economic growth, industry should also be promoted. Farming and agriculture also have great opportunities thanks to quality products.

But the raw materials alone are not enough to achieve good results, so the added value needs to be increased.

Askar Akayev (the first president of Kyrgyzstan — Note of 24.kg news agency) once said that the republic should become the second Switzerland. Indeed, a lot can be done in the tourism sector, paying attention to the regions.

Issyk-Kul can be turned into a small Miami, and good dairy products can be manufactured in Talas.

— Why did you decide to invest in business in Kyrgyzstan?

— For the first time I came to Kyrgyzstan in 2005 and immediately fell in love with this country, met good people, magnificent nature. Your state reminds me of Switzerland to some extent. Ten years later, I met a wonderful Kyrgyz woman in Europe, we got married, and I came here.

However, I did not make the decision to invest in the economy right away. After a while, I met the founder of Gergert Sport, Vitaly Gergert, and started thinking about investing.

— Is Gergert Sport the only project you have invested in, or are there any other projects?

— I still have many different ideas and potential projects that will be useful to Kyrgyzstan, for example, in job creation, environmental protection. But I did not yet begin to implement them, these are plans. I hope that I will be able to implement the plans soon.

— Why did you continue investing in Gergert Sport after you were not paid the due interest in 2018?

— Vitaly Gergert paid interest rates more or less consistently until the end of 2018. He assured that the business is growing, a new product line has been launched and there are plans to open a store in Chunkurchak. He aroused my enthusiasm. At that time, payments began to be made with delays. There were convincing excuses for my discontent.

We worked like this: I got an invoice, if I made a tranche of €100,000, I had to get back €20,000. Despite everything, I continued to trust him. Other people praised the partner as a professional. However, my trust was abused ...

— What is your opinion about our businessmen?

— Whoever I meet is interested in their future profit. The investor takes risks on his or her own by investing in projects. If people think that they invest right away, this is not the case. Everyone wants to be protected from risks.

Many people think about their pockets, this should not be.

First of all, it is necessary to build something together. If there is a profit, then it can already be divided.

— How do you assess the attitude of our state towards investors?

— One of the key intentions of Sadyr Japarov before his election as president was to create favorable conditions for attracting investors. Then I believed that it would really be done. A decree has been issued that protects foreign investors. There is an Office of Business Ombudsman, which you can also turn to for support in some cases.

There are no problems in theory, but everything is not always perfect in practice.

Recently I studied the new version of the investment law. It provides for equal rights for both local and foreign investors. Government agencies are now refraining from interfering in economic activity. In case of amendments to the investment customs legislation of Kyrgyzstan, an investor has the right to choose the most favorable working conditions within ten years.

— What advice can you give to other investors who are going to invest in a business in Kyrgyzstan?

— Study the set of mind, behavior of people, their way of thinking and culture. They have to understand that the business development process does not work the way it does in Western countries. Any kinds of deals should be made through a lawyer only.

Listen to the ideas of the locals, believe in them, but check everything carefully. Mindfulness and caution never hurt.

link: https://24.kg/english/206809/
views: 1613
Print
Related
Foreign company to invest $ 700,000 in education project in Kyrgyzstan
Investor seeks protection from President of Kyrgyzstan
Kyrgyzstan to introduce status of "strategic investor"
Lilia Burunciuc: It is important to observe agreements with investors
Eldar Tadzhibaev: Investors in mining industry have one foot out of door
External management law to reduce investment attractiveness of Kyrgyzstan
Preparations for seizure? What's going on around Kumtor gold mining project
Problems with investors: How Kyrgyzstan’s authorities can change situation
Switzerland and Germany to support southern regions of Kyrgyzstan
Results of deputy commissions for check of investors predictable in Kyrgyzstan
Popular