National football team of Kyrgyzstan not to get to World Cup

The past match with Japan became the final one for the national team of Kyrgyzstan in the second qualifying round for the World Cup 2022. The Kyrgyz Football Union reports. 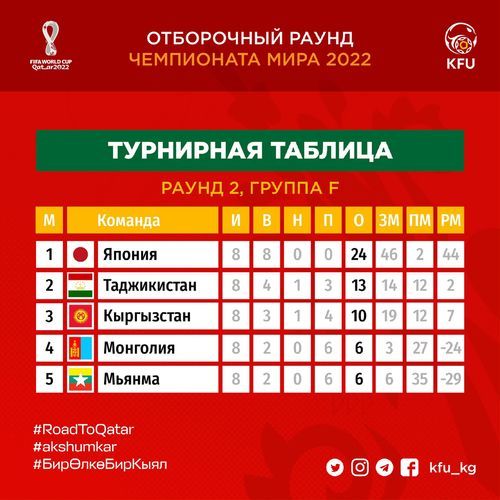 The draw for the qualifying round of Asian Cup 2023 will take place on June 24. Preliminarily, the playoff matches will take place in September and October. Next up is the group stage.