Residents of Batken region held a rally in the park named after Maxim Gorky in Bishkek. They wanted to express their dissatisfaction with the conflict on Kyrgyz-Tajik border.

According to them, the authorities have not been able to resolve the problem with residents of the neighboring state for years.

However, police officers who arrived at the scene stated that a temporary ban was imposed on the rallies.

The people came to the building of the administration of Pervomaisky district. They decided to voice their demands to the officials. 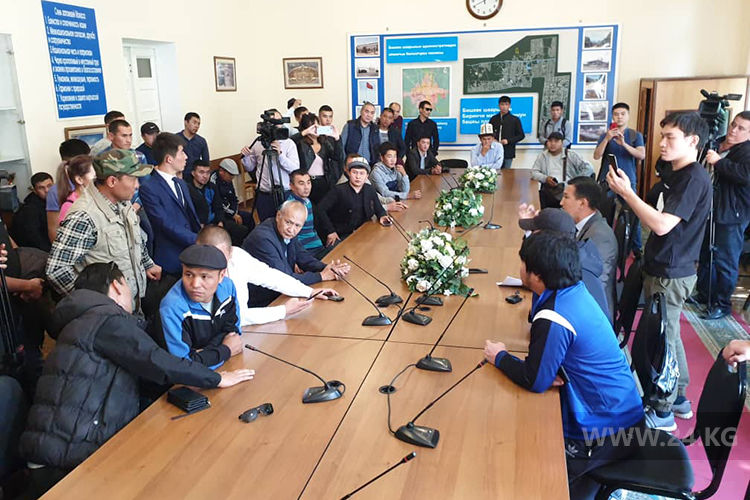 Recall, a shootout occurred the day before on the Kyrgyz-Tajik border in Leilek district. According to the State Border Service of Kyrgyzstan, the Tajik side was the first who used weapons, firing at the Kyrgyz border post Maksat, and then the temporary border post Sai in Leilek district of Batken region. According to the Ministry of Health, 13 Kyrgyzstanis were injured. The Tajik side reports about 12 hospitalized citizens.