Large batch of counterfeit footwear from Kyrgyzstan detained in Russia 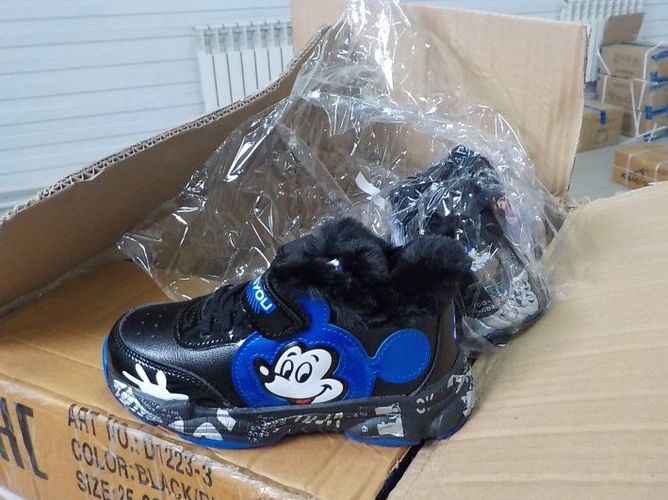 Customs officers detained a large batch of counterfeit footwear in Troitsk (Russia), which was transported to Novosibirsk from Kyrgyzstan. The head of the Department for Control over Import and Circulation of Goods of Chelyabinsk Customs Denis Solyanikov told 74.RU.

According to him, a truck traveling through Troitsk checkpoint was stopped on A-310 highway. Customs officers found boxes with 2,400 pairs of shoes with Mickey Mouse trademark inside it. Damage to the trademark owner, according to preliminary estimates, exceeded 3 million rubles.

Counterfeit footwear was handed over to Troitsk police. Issue of initiating a criminal case under Part 1 of Article 180 «Illegal use of individualization of goods’ means» of the Criminal Code of the Russian Federation, within which the offenders may face up to two years in prison, is being resolved.