Short films from Kyrgyzstan to take part in festival in Kazakhstan 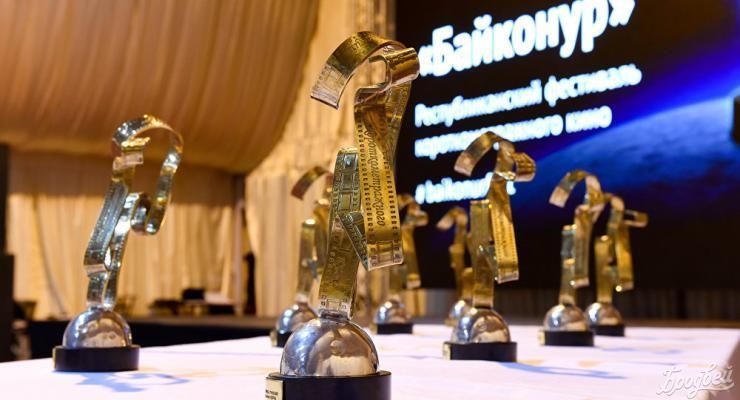 Two short films from Kyrgyzstan will take part in IV Baiqonyr International Short Film Festival, which will be held in Almaty on September 4-8. The Union of Cinematographers of the Kyrgyz Republic reported.

The 51+ short films by Daniyar Abirov and Farewell by Karash Zhanyshov will be screened at the international competition.

The international jury will be headed by the director and selector of the International Film Festival in Oberhausen Christiana Buchner (Germany). The jury members include Serik Aprymov, Mayra Karsakbaeva, Gulbara Tolomushova, Timur Serdalin and Daniyar Ibragimov.

Baiqonyr is an acquaintance with works of young filmmakers, it is intended to become a platform for creative «take-off» of festival participants and opening of new names not only in Kazakhstani cinema.

Mosques and other religious institutions not work in Kyrgyzstan yet
News brief
2 June, Tuesday
11:11
Another conflict occurs on Kyrgyz-Tajik border, Kyrgyzstani wounded Another conflict occurs on Kyrgyz-Tajik border, Kyrgyzs...
11:02
At least 38 more people recover from coronavirus in Kyrgyzstan
10:45
28 more people get infected with coronavirus in Kyrgyzstan, 1,845 in total
10:40
Ambassador of Kyrgyzstan to Russia tells about return of compatriots to homeland
10:13
Sooronbai Jeenbekov presents laptops to participants of Meerim TV project
10:03
13 children commit suicide during quarantine in Kyrgyzstan
09:56
Kubatbek Boronov visits victims of border conflict in hospital
09:48
Foreign Ministry of Uzbekistan comments on border incident
09:37
About 2.5 million children live in Kyrgyzstan, most of them boys
1 June, Monday
18:45
Kubatbek Boronov meets with residents of border villages in Batken region