Conflict at Solton-Sary field. Authorities not comment on situation

A conflict occurred between the local residents and Chinese workers at Solton-Sary field in Naryn region of Kyrgyzstan the day before.

According to local police, about 300 villagers held a rally. They demand to suspend the activities of the Chinese gold mining company Zhong Ji Mining. «There was a conflict between the protesters and the workers, the parties threw stones at each other,» sources said. 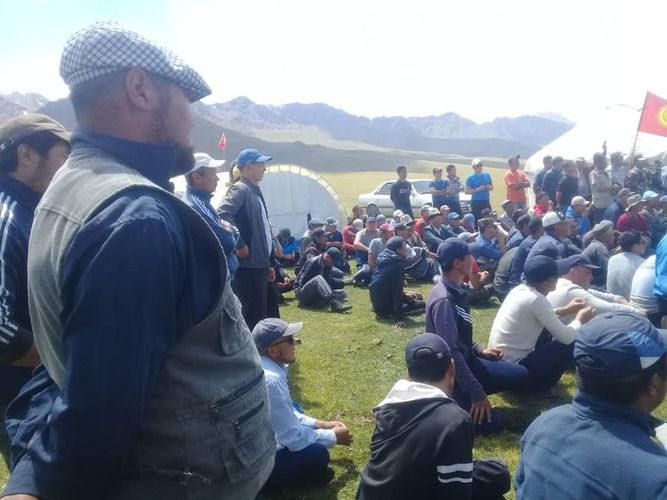 As noted, the situation was settled after intervention of law enforcement officials.

The local residents are waiting for an answer from the Cabinet, since earlier they promised to check the activities of the enterprise and, if any violations are confirmed, take measures. But there is no answer so far.

The Plenipotentiary Representative of the Government in Naryn region Amanbai Kaiypov arrived at the scene.

Users of a social networking website posted a video reporting that equipment of the Chinese company was seized.

Officially, neither the Ministry of Internal Affairs nor the Cabinet are available for comment.

Earlier, local residents complained of mass death of cattle in the area as a result of the activities of the Chinese enterprise Zhong Ji Mining.