Kyrgyzstan interested in Korea’s experience in digitalization and green economy 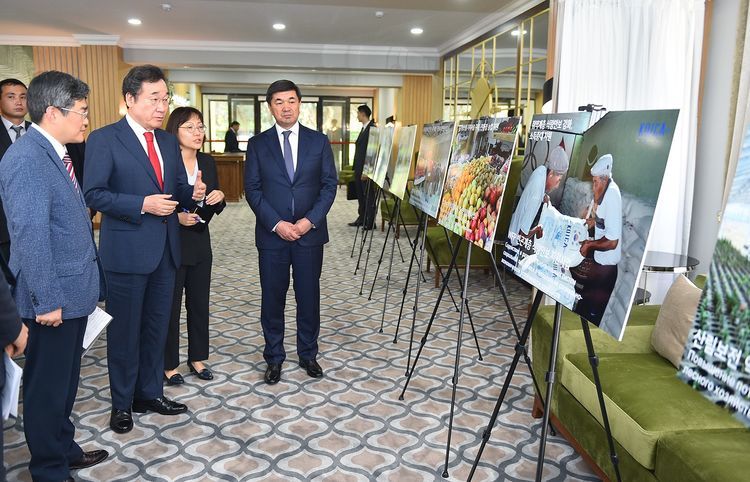 «We are interested in the experience of Korea in the development of regions, digitalization and the introduction of a green economy,» said the Prime Minister of Kyrgyzstan Mukhammedkaly Abylgaziev at the presentation of the project of KOICA agency My Village.

The presentation of the project was attended by the head of the Kyrgyz Cabinet of Ministers and the Prime Minister of Korea Lee Nak-yon, who arrived in the republic on an official visit.

«This year has been declared the Year of Regional Development and Digitalization in our country. Therefore, we consider the need to concentrate the priority areas of economic cooperation between the two countries in this area as one of the main tasks. In particular, we are interested in the experience in implementation of the national program My Village, thanks to which villages are successfully developing in Korea,» said Mukhammedkaly Abylgaziev.

He stressed that Kyrgyzstan had studied the possibility of adaptation of the Korean project in Kyrgyz villages. As a result, the parties came to the conclusion that the expected results from the implementation of My Village idea would be high. Therefore, the government will make every effort for its successful implementation in all regions of the country.