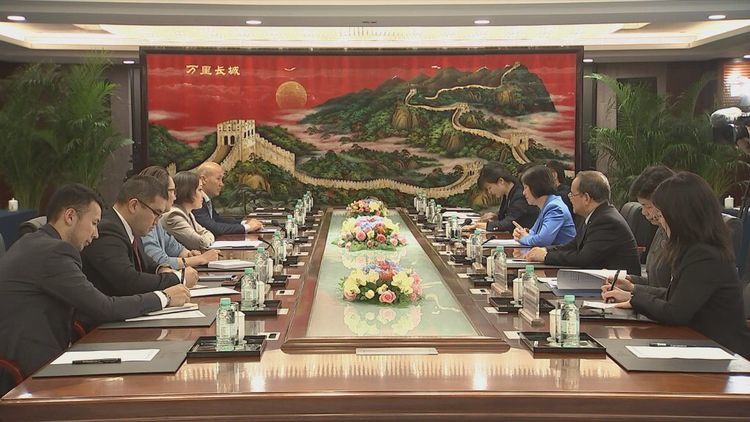 Kyrgyzstan made a proposal to form a network medical academy or a university of the countries of the Shanghai Cooperation Organization on the basis of the republic. Vice Speaker of the Parliament of Kyrgyzstan Aida Kasymalieva voiced the idea at the first Forum of Medicine and Innovations in Fangchenggang (China).

The deputy drew attention to the impact of climate change on the health of citizens, issues of changing food culture and lifestyle, leading to the development of chronic non-communicable diseases. The demographic structure of the SCO countries has also changed. The parliament deputy stressed that Kyrgyzstan supported the initiative of China to hold the SCO Medical Forum annually, and proposed to organize it in Kyrgyzstan in 2020.

«I suggested opening a network medical academy or university in Kyrgyzstan to strengthen cooperation in the development of medical, educational and scientific technologies. At the same time, the practice of sister hospitals and medical higher educational institutions should be expanded. I proposed to consider the possibility of creation of an international network of modern rehabilitation centers in the SCO countries. The development of rehabilitation services will allow us to more actively prepare for the conditions associated with the change in the demographic situation of our countries,» Aida Kasymalieva told 24.kg news agency.

In addition, the Vice Speaker met with the Vice Chairperson of the Standing Committee of the National People’s Congress Shen Yueyue on the sidelines of the forum. The sides discussed inter-parliamentary cooperation, trade and economic ties and creation of new platforms within the framework of the SCO on humanitarian, social and cultural issues.