The day before, a citizen born in Alai district of Osh region was arrested. He agreed with an unknown person and illegally acquired for himself a driver’s license of the Kyrgyz Republic. He was engaged in private taxi service, using the fake driver’s license with a series anda license number of another citizen.

A citizen of the neighboring republic born in 1979, who acquired an internal passport for migration registration and confirmation of stay in Russia, was also arrested. It was found out that these passport data belong to a citizen of Kyrgyzstan, born in 1983.

A citizen of the neighboring republic, born in 1979, who used a fake ID card of Kyrgyzstan, was also detained. She acquired documents from unknown persons for migration registration and bank card issuance. These passport data belong to a citizen of Kyrgyzstan, who is much younger than her. 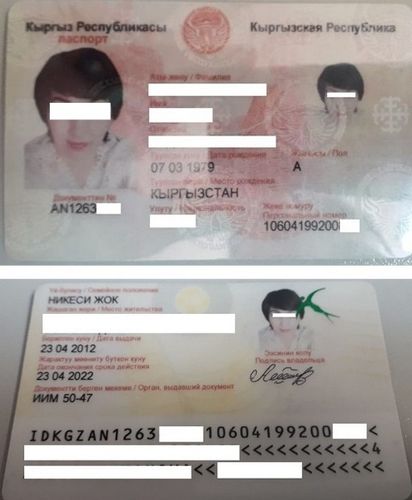 At present, the necessary operational-investigative measures are being taken to identify persons involved in production of the forged documents.

Representative office of the Ministry of Internal Affairs of the Kyrgyz Republic in Russia reminds that punishment for use of fake documents is tougher than for their manufacture.