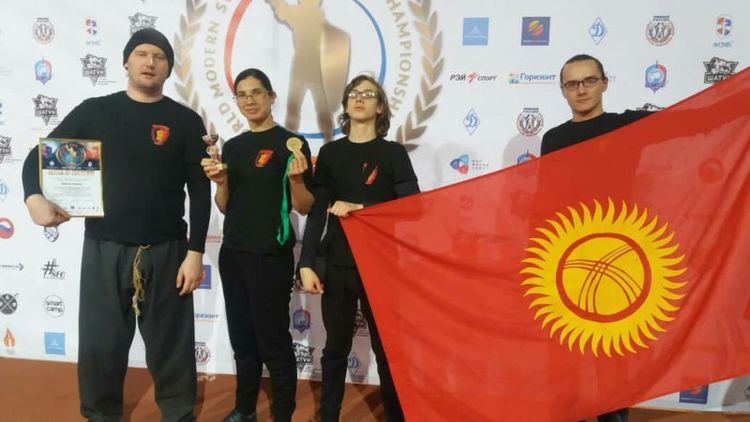 Modern Sword Fighting is a young sport, and this World Championship was the first in history. It was held in Minsk (Belarus) with participation of athletes from 21 countries. The national team of Kyrgyzstan consisted of five people who performed in the disciplines «triathlon», «sabre and buckler» and «duel saber.»

Yulia Khizhnyakova became the third in «duel saber» discipline, and three members of Kyrgyz team were honored to be referees in some nominations. 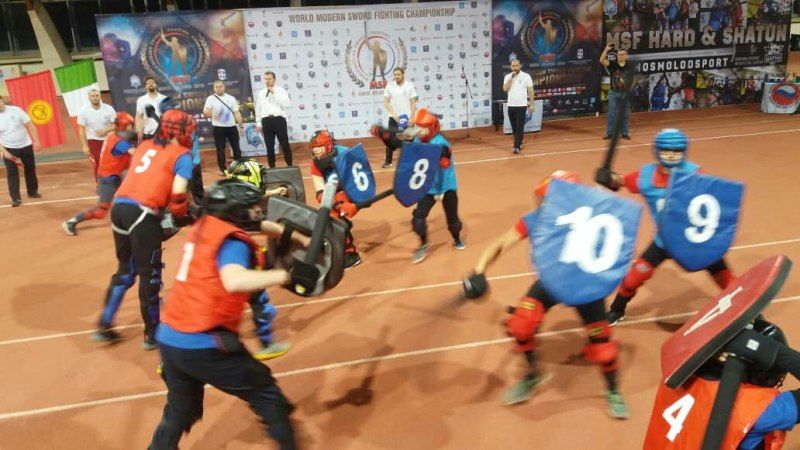 «We will develop the modern sword fighting in Kyrgyzstan even more intensively in order to take more athletes to tournaments,» added Yulia Khizhnyakova.