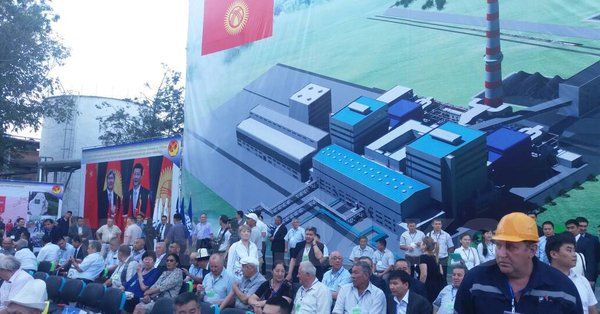 The modernization of the Bishkek thermal power plant in  is completed. President of the country Almazbek Atambayev will open the renewed heat and power plant.

It is noted that after the works, the installed capacity of the TPP reached 812 megawatts. It increased by 300 megawatts due to commissioning of two new power units. Another difference is the work of new blocks on local coal. This will reduce ’s dependence on imported raw materials and give impetus to the development of the coal industry. The annual consumption of local coal after modernization will grow from 550,000 to 1.2 million tons of coal per year.

«The work of the new boilers is based on a thorough cleaning of the flue gases and will not harm the environment. At the same time, the efficiency of the station increased from 23 to 51 percent. Completion of the project is one of the achievements to improve the reliability of providing high-quality electricity and heat to the population of the capital, and will contribute to the development of the economy of ,» the National Energy Holding said.