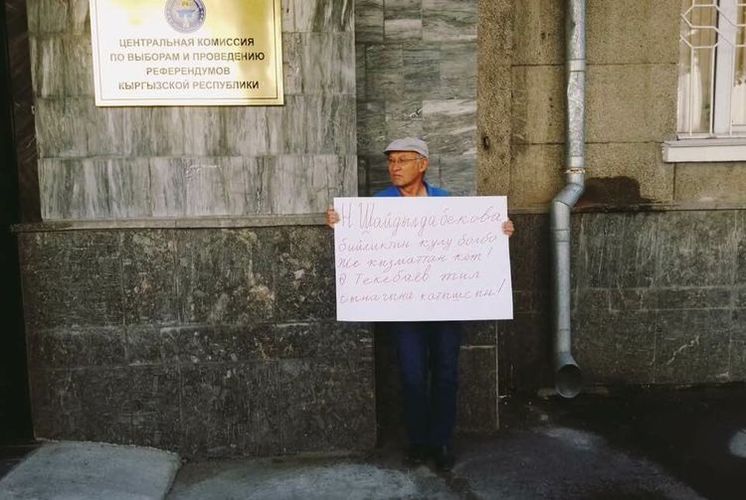 Civil activist Ondorush Toktonasyrov is acquainted with the decision of Pervomaisky District Court on ban of rallies near the building of courts, ministries and departments, including the CEC building. Press service of the Bishkek Central Internal Affairs Department reported.

According to the press service of the Central Internal Affairs Department, referring to the words of Toktonasyrov, the latter did not know about the order. The activist will be released after awareness-rising work and familiarization with the document.