Kyrgyzstani severely injured in attack on FSB reception in Khabarovsk 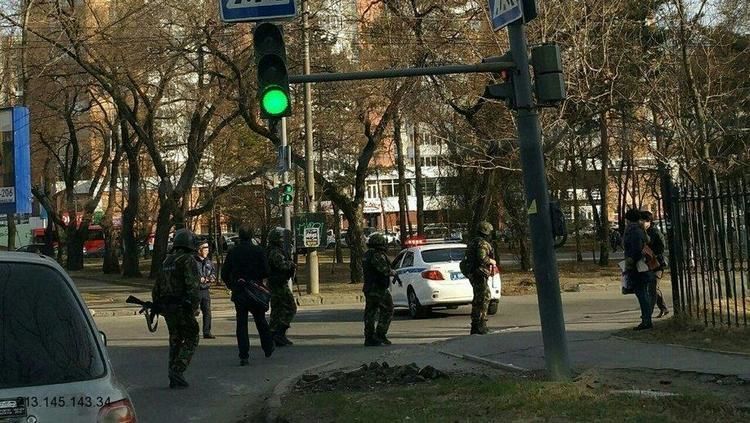 Kyrgyz citizen Talant Zhumayev was seriously injured in attack on FSB reception in  city (). The Ministry of Foreign Affairs of Kyrgyzstan reported.

As Kommersant writes, the day before, resident Anton Konev, having said goodbye in social networks to friends and acquaintances, went to the shooting club where he trained. He killed a guard, stole weapons, and then attacked the reception of the regional FSB department.

As a result, three persons, including an FSB officer, were victims of the attacker who was under 18. He himself also died in a shootout. The special services noted that, according to preliminary data, the young man was involved in one of the local neo-Nazi groups.

«The citizen of Kyrgyzstan Talant Zhumayev was invited by the employees of the department as an interpreter. He was wounded during the attack. Honorary Consul of the in Khabarovsk Kadyrbek Myrzabaev visited the in which the Kyrgyz citizen is at the moment. According to doctors, he is in the intensive care unit. The condition of Talant Zhumayev is assessed as consistently grave," the Foreign Affairs Ministry informed.