Roza Otunbayeva calls on authorities to stop repressions against politicians 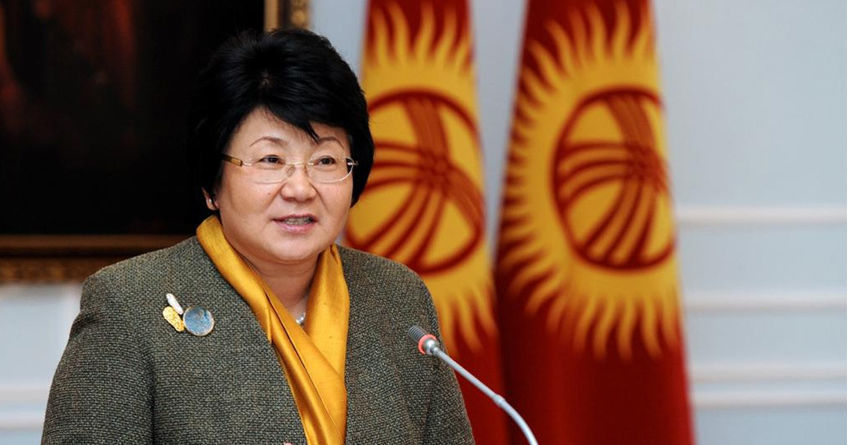 President of transition period Roza Otunbayeva addresses the deputies of the Parliament and local councils, leaders of political parties and social movements.

«Rude, disproportionate forceful detention of the parliament’s deputy, the leader of Ata Meken faction Omurbek Tekebayev at the ramp as if he is international dangerous terrorist was clear evidence of irreversible metamorphoses of power in the country. Political persecution is not only the fact of the arrest and the method, but also the entire propaganda machine used to discredit the personality. Evidence of questionable witnesses massively imposed on society by the state media. This is a complete disregard of the presumption of innocence. This is a political persecution," statement said.

According to her, Omurbek Tekebayev over the past 25 years has struggled with family and clan system of government.

Roza Otunbayeva asked: «Why do the government and its assistants aggravate the situation in these days? Who will benefit of destabilization in the country? Why is the fight against corruption conducted selectively only against political opponents?»

«In March Bospiek of Aksy district in April 2010 at the Square the country’s patriots laid down their lives not for methods of police and military pressure on their opponents in politics again set in Kyrgyzstan. People fought and died for a free future," the recalled.

Today, we stuck in political confrontations and disputes, disengagement spreads in society. Unfortunately, intolerance to other opinion, irreconcilable polarization is triggered by the authorities. I call on the authorities to the prudence and responsibility.

«I appeal with joint forces to stop the power repression against the politicians, social activists, and not allow returning the country into chaos and lawlessness. On the eve of the presidential election, I urge everyone to demonstrate civic responsibility, vigilance and prudence. I appeal to all political forces to start a public dialogue, consultations on understanding the current situation in the country," Roza Otunbayeva calls.