Film from Kyrgyzstan to be screened at festival in Italy

The film Akyrky Koch (The Road to Eden) has been selected for the competition program of the Italian Bari International Film Festival, which will be held from September 25 to October 18. Kyrgyzfilm film studio named after Tolomush Okeev informed 24.kg news agency.

The festival attracts about 75,000 people annually and has become one of the leading cinematic events in Italy. Its president is Margarethe von Trotta. 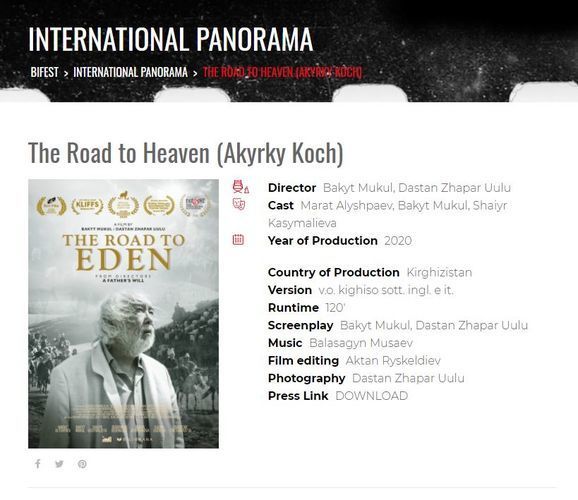 The film from Kyrgyzstan will be screened on September 26 at the Petruzzelli Theater.