Karateka from Kyrgyzstan Nurlanbek uulu Kalys won a gold medal at the CIS Games in Kazan.

He competed in the weight category up to 67 kilograms.

The national futsal team of Kyrgyzstan lost the match for the third place to the team of Uzbekistan — 3- 4.

Kyrgyzstan took the sixth place in the medal standings. 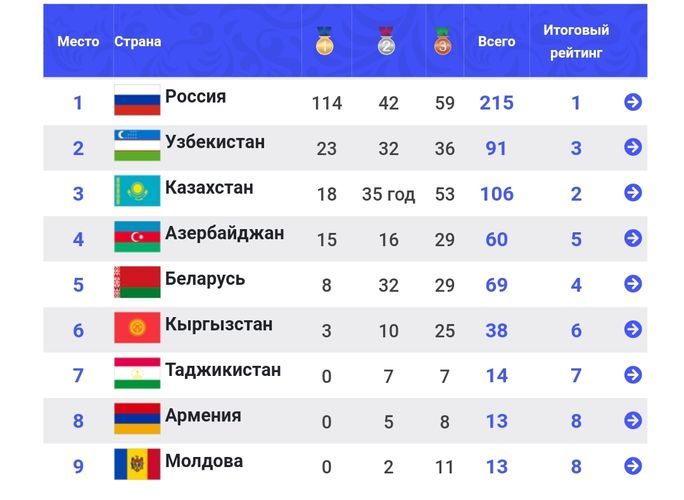 Kazan city (Russia) hosted the 1st Games of the CIS countries from September 4 to September 11, 2021. More than 1,100 athletes from 14 to 23 years old from nine countries of the Commonwealth participated in the Games.

The Games were held in 16 sports. In total, the athletes competed for 182 sets of medals.