Protesting employees of Severelectro OJSC demand from the Chairman of the National Energy Holding, Aitmamat Nazarov, to come out to them for a dialogue.

About 70 fitters and electricians of the company took part in a protest because of their disagreement with the appointment of the new director of the company Ulan Astarkulov. 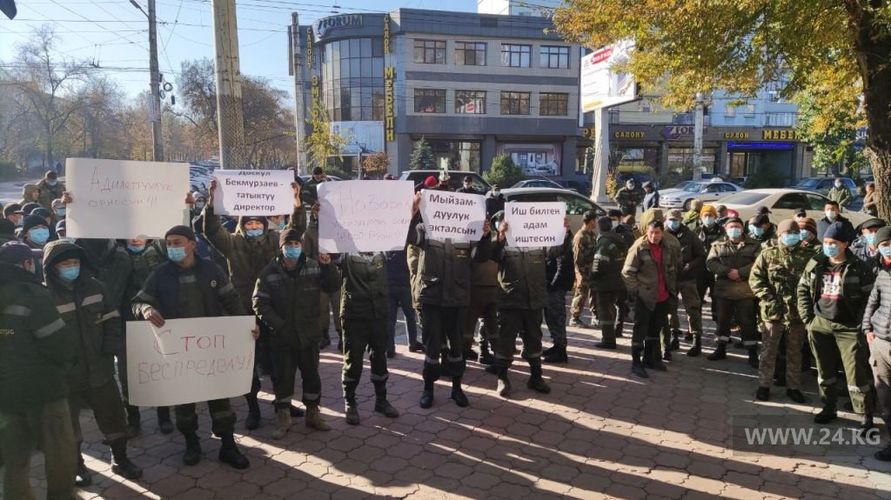 «We are against violations and political interference. We demand from Aitmamat Nazarov to leave the post of head of the National Energy Holding. What is happening in our company is chaos. If nobody comes out to us here, we will go to the Government House,» protesters say.