Over 7 tons of cannabis burned in southern Kyrgyzstan 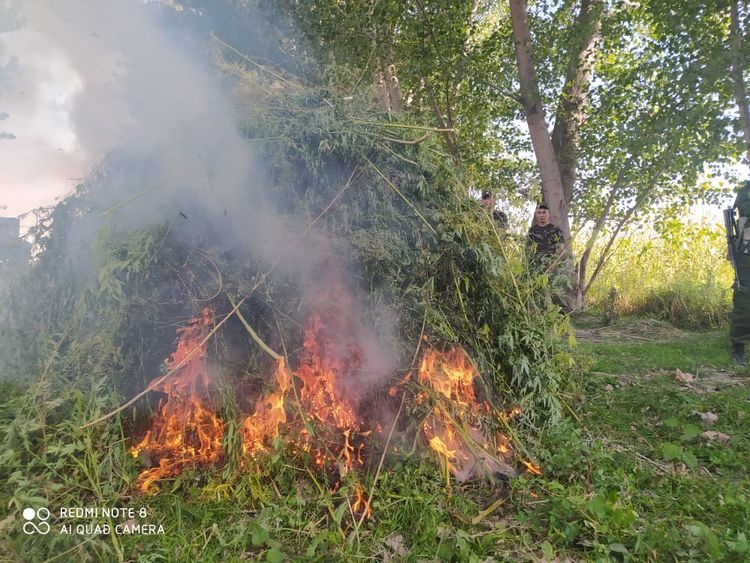 Border guards of Kyrgyzstan have found cannabis crops near the state border in Jalal-Abad and Batken regions. The Public Relations and Media Department of the State Border Service of the Kyrgyz Republic reported.

According to it, cannabis crops with a total area of ​​6.5 hectares were found for two days near Andarkhan village, Leilek district of Batken region. The plant was also found not far from the state border line in Ala-Buka and Suzak districts of Jalal-Abad region.

Its total weight was over 7.2 tons.

All the cannabis was burned.

Prime Minister instructs to tighten control over observance of mask requirement
News brief
24 September, Thursday
16:00
Only 13 percent of parents ready to talk to children about sexual health Only 13 percent of parents ready to talk to children ab...
15:17
Over 42 million soms allocated for overhaul of Talas district hospital
15:03
Kyrgyzstan's economy to start growing from mid-2021
14:46
Two Kazakhstanis try to wade across Chu river into Kyrgyzstan
14:26
Number of infected with coronavirus exceeds 31.7 million people globally
13:57
Recession of 5.6 percent forecast in economy of Kyrgyzstan at year-end
13:35
Six more medical workers diagnosed with coronavirus in Kyrgyzstan
13:26
127 new cases of pneumonia, COVID-19 registered in Kyrgyzstan, 45,757 in total
13:22
101 more people recover from COVID-19, pneumonia in Kyrgyzstan
13:19
Exchange rate of U.S. dollar continues to grow in Kyrgyzstan