Land plots for exchange on Kyrgyz-Tajik border not approved

Meetings were held and awareness-raising work was carried out with the local population on the exchange of land plots with Tajikistan. Office of the Plenipotentiary Representative of the Government of Kyrgyzstan in Batken region informed 24.kg news agency.

On January 15, the heads of Batken region met with residents and deputies of the local council of Samarkandek village.

Related news
Exchange of land plots with Tajikistan starts in Batken
«Heads of the district gave information on the offered to Tajikistan land plot for exchange. As a result, the deputies of Samarkandek Rural Council gathered for a prescheduled session on January 17 and, by resolution No. 37, supported transfer of the land plot. But this is not a final decision. Law enforcement agencies conduct a check in connection with distribution of the resolution of the Rural Council on social media,» the office said.

Recall, the day before, a photo of the resolution of Samarkandek Rural Council about the consent of local deputies to the transfer to Tajikistan of a land plot that is on the balance of the State Land Fund was published.

The Government Representative said that Tajikistan was offered not Symy plot for exchange, but Teskey in Samarkandek village and Aryk-Asty in Kok-Tash village. 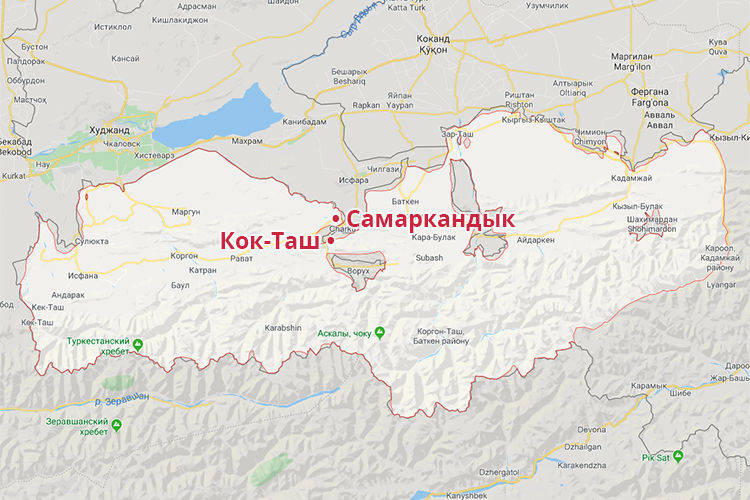 According to the deputies of Ak-Sai Rural Council, they have not yet received a proposal for approval on Aryk-Asty land plot, which is located in Kok-Tash village.

«We know that the land plots were offered. But no one explained which and in which area. In addition, it is not known what the residents of the land plots will receive in return. There are houses and land of citizens of Kyrgyzstan in Aryk-Asty. Will they get a compensation?» local deputies stated to 24.kg news agency.

As local deputies noted, there was a meeting with the leadership of Batken district in January, where they were only informed about the decision of the Intergovernmental Commission of the two countries on the exchange.

«At the meeting, they simply gave information, and did not ask the consent of the residents. Then the locals offered to exchange Dahma, and not Aryk-Asty. Aryk-Asty is a good plot and territory of several hectares,» Batken residents told.