There were four people in the car. Bodies of two of them were found today.

«There were 56-year-old and 73-year-old men, 59-year-old woman, and also 34-year-old man in the vehicle. It is known that the family was returning from a feast. The bodies of two have been found, the other are still missing,» the eyewitnesses reported. 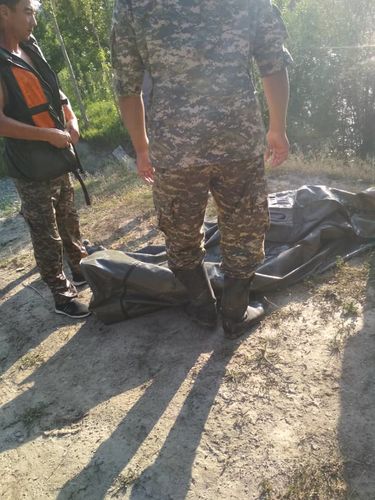 One person killed in explosion at Kadamdzhai mine
News brief
18 January, Monday
13:28
At least 500 minibus drivers not come to work in Bishkek At least 500 minibus drivers not come to work in Bishke...
12:14
Woman gives birth to baby in police car in Novopokrovka village
11:57
Elections and referendum: Voting results canceled at eight polling stations
11:36
Exchange rate of U.S. dollar close to 85 soms in Kyrgyzstan
11:19
Number of infected with coronavirus exceeds 95 million people globally
10:46
Premises for rent: First municipal online auction launched in Bishkek
10:33
Three patients die from coronavirus in Kyrgyzstan for 24 hours
10:29
National Bank of Pakistan finishing its activity in the Kyrgyz Republic
10:27
1,757 COVID-19 patients registered in Kyrgyzstan, 284 - in serious condition
10:21
69 new cases of pneumonia, COVID-19 registered in Kyrgyzstan, 83,178 in total