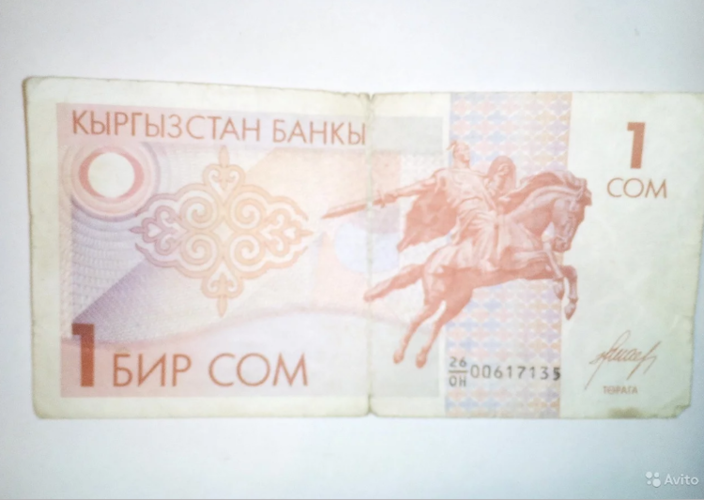 Banknote of 1 Kyrgyz som from a batch of bills from the transition period was put up for sale in Russia. An offer for sale was posted on Avito.ru.

A fairly worn bill of 1 som was issued in 1994. This is the so-called money of the transition period, which Kyrgyzstan issued in circulation after independence. They had minimal protective elements and extremely poor quality.