Almaz Alimbekov: Makmal should have been stopped six years ago 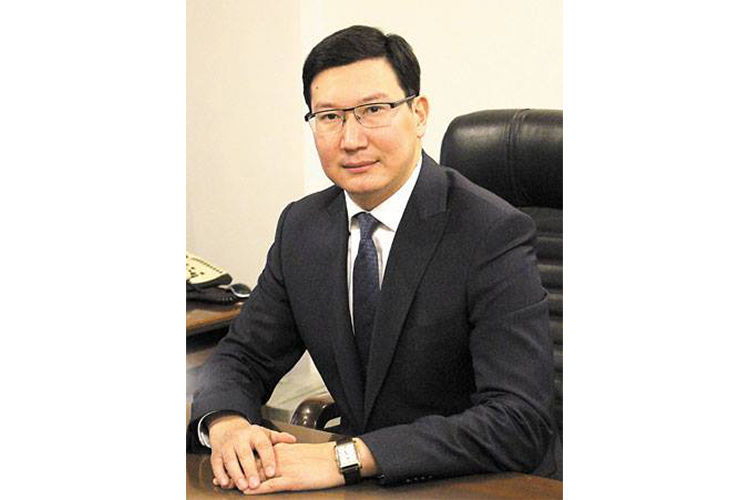 Management of Kyrgyzaltyn OJSC has completely stopped work at Makmal mine on September 1, 2018. Almaz Alimbekov, Chairman of the Board of Kyrgyzaltyn, explained in an exclusive interview with 24.kg news agency why this was done, what was the situation at the mine and what would be the future of the mine.

— What is the current situation at the mine? What structures work and which do not, and why?

— All underground works have been completely stopped at Makmal mine since August 27. Accordingly, transportation of ore was also stopped. Work of the gold recovery factory has been completely suspended since September 1.

At least 543 employees out of 954 have already been fired. By October 1, other 153 people will lose their jobs.

Of course, all dismissed workers will be paid appropriate compensation.

Guards are working now at Makmal mine, as well as specialists who are needed to complete the process of temporary closing of the enterprise and its complete transfer to a future investor. Inventory of property at the enterprise Makmalzoloto has already been completed, it has not been done for a long time, so the process was very time-consuming and protracted. Property valuation is at the stage of completion.

— Why did Kyrgyzaltyn OJSC decide to stop production right now?

— In recent years, Makmalzoloto was operating at the expense of the subsidies from our other profitable branches only. Losses are increasing from year to year. For example, in 2015 they amounted to 129.8 million soms, in 2016 — 175 million soms, and in 2017 — 193 million soms. It is clear that this is a heavy burden for the company and it can not continue working like this. We need to attract investors.

This painful process had to be launched five — six years ago. It was exactly the moment of zero profitability of Makmal mine.

-Why the mine was not stopped then?

— You have to understand that stop of its work is a big responsibility. No one wanted to take it upon himself. And this is a fact. As of today, its reserves are depleted and the mined gold not actually maintains the mine itself with a total of 1,000 employees. The plant received last profit six years ago, in 2012, when the price of the precious metal was high.

There are dumps and promising areas, they need a lot of financial resources in investments, but Kyrgyzaltyn does not have them.

— What additional sources of gold for investors are you talking about?

— We offer future investors to process man-made dumps of off-balance ores, geological exploration of Vostochnaya and Dioritovaya mines, which have about 14 tons of gold. In addition, there is a perspective object for mining — the waste of Makmal tailings with approximate reserves of 5 tons. This requires new technologies, which we also do not have.

New technologies are used now in processing of minerals that have minimal impact on the environment. Ours are morally obsolete, do not allow to completely extract gold from ore.

These are very expensive technologies. Therefore, there is an important task now — to attract a reliable investor who will offer new technologies and bring real benefits to Toguz-Toroo district, will revive Makmalzoloto enterprise and return jobs.

— Why cannot Kyrgyzaltyn continue operation of the enterprise without attracting an investor?

— In order to prolong the life of Makmal mine, it is necessary to build a new enterprise, carry out geological exploration work, and this requires huge investments. A lot of money is needed to provide the population with work and pay taxes.

According to rough estimates, $ 30 million is needed to rehabilitate Makmal at the first stage.

Of course, Kyrgyzaltyn does not have such money. Exploration is a very risky business. Reserves may not be confirmed. Then we risk our own or credit funds, which will then need to be returned or could be paid to the budget as dividends. Therefore, the most optimal option in the current situation is to attract an investor and, at the expense of investments, work together in the future.

— What are the losses for the budget of the district, the republic and Kyrgyzaltyn as a result of closure of Makmal?

— The losses of the local budget of Toguz-Toroo district from Makmalzoloto branch in taxes for 2019 as compared with 2017 are about 52 million soms, and the republican budget will lose more than 50 million soms. Totally, this is more than 102 million soms per year.

-If the mine has been depleted for a long time, why is it closed now, and not before?

— In fact, the closure of Makmal mine has been under discussion for many years. Kyrgyzaltyn repeatedly raised this issue and discussed it at the government level.

Given its social and economic importance for Toguz-Toroo district, we extended the work of the enterprise to the detriment of ourselves.

Of course, we understand that the process of temporary closure of the mine and firing of workers who fed their families is an unpopular measure. But there was no other way out. Work at a loss does not make sense anymore, investments are needed.

— How did the local population react to the closure of the enterprise?

— Toguz-Toroo district is one of the most remote regions of Kyrgyzstan. Its population is more than 21,000 people. The combine is a socially significant object for the region. There is not a single family where at least one of its members has not worked for Makmal. The money that came to the district budget due to it replenished the incomes of employees of state institutions (hospitals, schools, etc.).

The wage fund for 2017 was about 204.2 million soms. Bazaars, shops worked there thanks to the turnover of this money.

— Did you explain to people how the mine would work further?

— Of course. We held consultations with the local population. Most people understand that if an investor is not attracted and the life of Makmal is not prolonged, then sooner or later the region can turn into such dead cities as Ak-Tyuz, Tash-Kumyr, Mailuu-Suu.

If the production is not restored in the near future, the outflow of the able-bodied population from the region will increase.

In order the people to understand how the investments work in action, we together with an initiative group from Toguz-Toroo district visited our joint ventures Altynken and Eti Bakyr Tereksai.

— When will Makmal start working again or we should not wait for it?

— Makmal will work, there are all prerequisites for it. The most important thing, I repeat, is to hold an open competition and attract a reliable investor.

It is important that the issue of temporary closure of the enterprise and its transfer not to be politicized.

You have to understand that this is production. And it needs to be restored and put on its feet. There is no other way. The same situation was at Tereksai mine once. However, investors are working there now, we have set up a joint venture named Eti Bakyr Tereksai. Production is organized, people are provided with work, taxes are transferred to the local budget. Is it bad?

-Are there really investors who want to invest in the rehabilitation of Makmal?

— There are investors. All of them will take part in the competition. We, too, for our part do not call them to an empty place. As I said earlier, we offer them promising areas.

— What will a new agreement on Makmal give to the local residents?

— If the project on creation of a joint venture is implemented, first of all it, certainly, there will be jobs, taxes to the local budget. There will be deductions to the development fund of Toguz-Toroo district in the amount of 1 percent of gross income, additional social facilities will be built, and these are additional jobs.

— What are the requirements for a new investor?

— As of today, the terms and procedure for holding the tender have been developed and coordinated with the State Property Management Fund.

One of the requirements for the future investor is the maximum employment of current employees of the enterprise. Also an important moment and one of the key requirements for a winner of the contest is the provision of a social package (the program of social and economic development of Toguz-Toroo district).

And the most important requirement is the use of only new modern technologies for processing of minerals that will not harm the ecology and health of people in the region.

— When will the contest for selection of investor be held?

— We plan to hold it till the end of this year. Now we are working on the formation of a special interdepartmental commission, which will include representatives of relevant ministries and departments, the civil sector of the five rural administrations, representatives and the head of Toguz-Toroo district. We will announce the date of the competition in the near future.