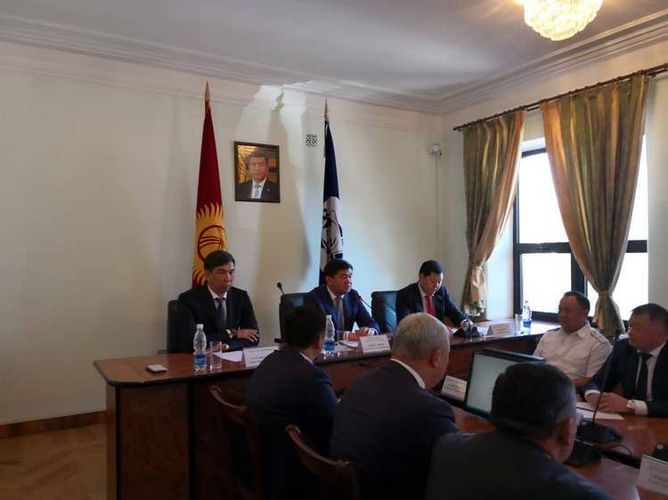 Today, the Prime Minister of Kyrgyzstan Mukhammedkaly Abylgaziev personally arrived at the Bishkek City Administration to hand in the certificate to the newly elected by deputies of the City Council mayor of the capital Aziz Surakmatov.

Heads of all city departments, services and officials of the city administration gathered in the meeting room. The head of the government gave good words to Aziz Surakmatov, expressing confidence that the new mayor would cope with the tasks assigned to him — Bishkek should become a beautiful and modern city, comfortable for the residents and the guests.

Aziz Surakmatov became the 15th mayor of Bishkek. He was born on November 22, 1971 in Frunze. He graduated from the Kyrgyz Architecture and Construction Institute and the Kyrgyz National University.

He began his labor activity in 1994 as a production master in Shoola Company.

2000-2002 — chief specialist, head of the department of the Bishkek City Administration;

2008 — Head of the Department of State Architecture and Construction Supervision in Bishkek.

2012 — Member of the Parliamentary Committee on the Rule of Law, Order and Fight against Crime.

The elections of the capital’s mayor took place on August 8. In total, 44 out of 45 deputies of the Bishkek City Council were present. Aziz Surakmatov was elected the mayor of Bishkek. At least 43 deputies voted for him.