Provocateur at rally for women's rights arrested for extortion

A resident of Ravat village in Batken district of Kyrgyzstan turned to the police. He said that a woman named Yrgalay extorted 40,000 soms from him.

«She introduced herself as a head of the public foundation on border issues. The suspect promised to stop all rallies for 40,000 soms. She was caught red-handed when getting 10,000 soms in one of the cafes. A criminal case has been instituted on the fact of extortion. The necessary expertise was commissioned. The suspect was released under written undertaking not to leave the place,» the police said. 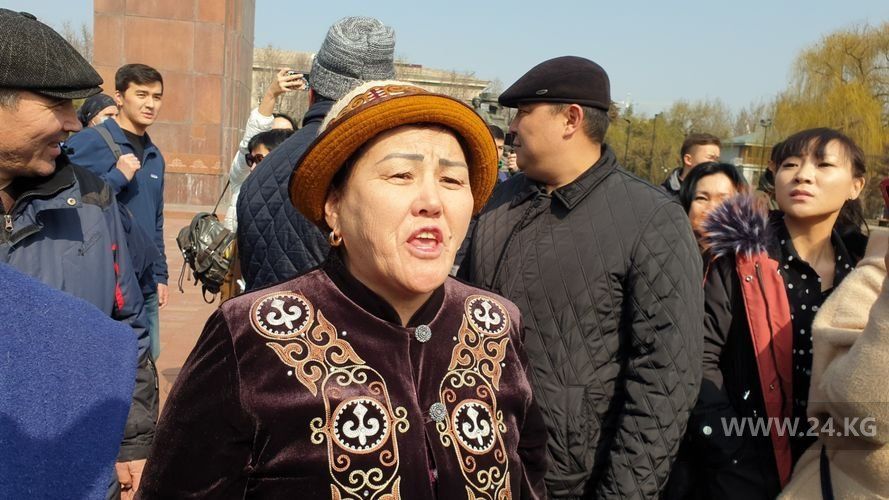 According to media reports, Yrgalay Bekmuratova is the sister of the head of Leilek district. In a conversation with 24.kg news agency, Baimurat Bekmuratov confirmed the relationship with the suspect.

«This is my sister. The circumstances of the case are not known to me. I learned about this from the media. When I called my sister, she said that she was framed,» Baimurat Bekmuratov told.

Yrgalay Bekmuratova is known for participation in various protests and rallies. The woman was also seen at a women’s march of solidarity and a peaceful rally for women’s rights, where she tried to provoke participants. She came to the protest on March 10 and stated that she was against gays and lesbians.