A rally in support of the former prime minister of Kyrgyzstan Sapar Isakov is taking place in Kochkor district of Naryn region. The protest is timed to his birthday.

According to the participants, about 300 people have already gathered. They demand to release Isakov and state about political background of the criminal case on the modernization of the Bishkek Heating and Power Plant. The rally is held at the building of rural administration. It is attended by the elderly and women. Members of the Political Council of SDPK party take turns speaking before the gathered. They insist on an impartial and objective investigation. 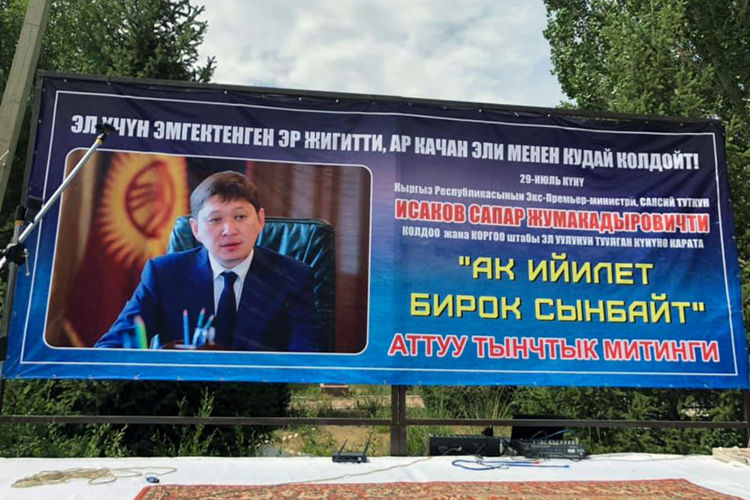 Sapar Isakov is a defendant in the case on modernization of the Bishkek Heating and Power Plant. He claims that this is the political order of the authorities. Another former prime minister Jantoro Satybaldiev, deputy of the Parliament Osmonbek Artykbaev, top managers of the energy sector Salaidin Avazov and Aibek Kaliev are also kept in the pretrial detention center of the State Committee for National Security. Olga Lavrova, former finance minister, is under house arrest.

All of them are charged with abuse of office and corruption.