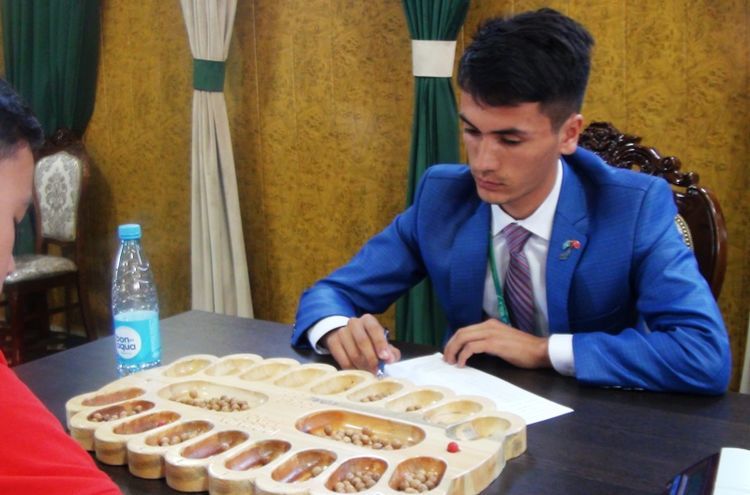 Two tournaments with the World Cup status took place within the Games. One of them is belt wrestling, the second is toguz-korgol tournament.

At least 58 athletes from 37 teams competed among men. Syrttan Syrgak uulu (Kyrgyzstan) took the first place in the individual competition. The second was Hakimzhan Eleusinov, the third — Nurbek Kabiyev (both from Kazakhstan). Kazakhstan became the champion in team classification. The Kyrgyz Republic took the second place, Mongolia — the third.

Toguz-korgol is an intellectual sport most developed in Kyrgyzstan and Kazakhstan.