The team of Kyrgyzstan became a champion of kok-boru within the 3rd World Nomad Games held in Issyk-Kul region. 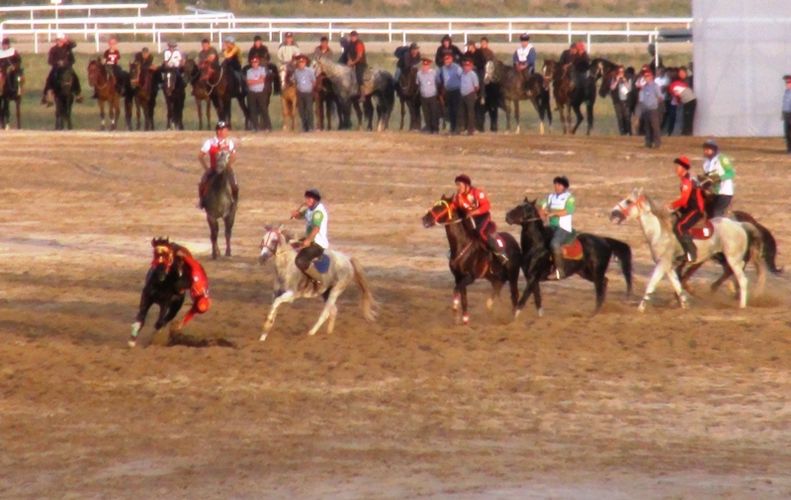 The final tournament took place the day before at Cholpon-Ata hippodrome. The Kyrgyzstanis competed with the team of Uzbekistan.

From the very beginning, our team took advantage and led after the first period with a score 12: 0. The second period ended with a score 21: 5 in favor of the national team. In the final part of the game, the Kyrgyz team continued the attack and scored many goals. The result is 32: 9 in favor of the team of Kyrgyzstan. This is its new record in performance and the third consecutive victory at the WNG (after 2014 and 2016 Games). One of the best players was Manas Niyazov.