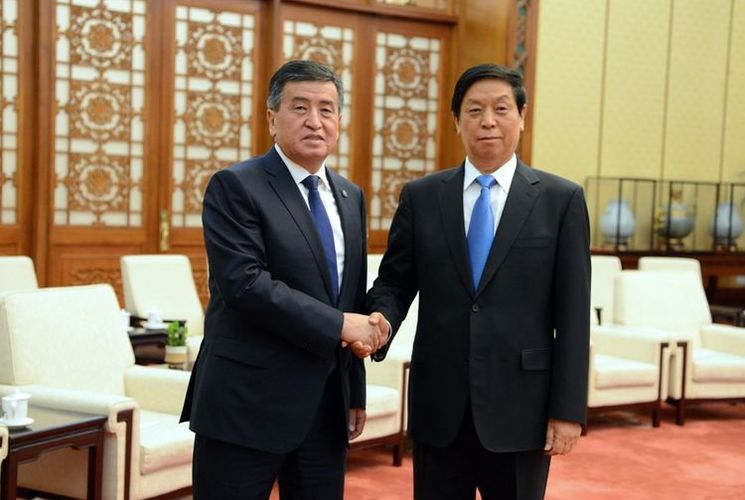 China noted the reforms that began in Kyrgyzstan. The Chairman of the Standing Committee of the National People’s Congress of China, Li Zhanshu, said today at a meeting with the President of the Kyrgyz Republic, Sooronbai Jeenbekov.

According to him, Sooronbai Jeenbekov repeatedly visited the republic and assisted to the development of Kyrgyz-Chinese relations.

Since the beginning of your presidency, you have taken a number of measures for the reforms. You started well and began changes in the country.

«I am sure that the fateful decisions taken at the first session of the 13th National People’s Congress will bring China to a new level. We felt the support of the people and leadership of the PRC. This year, China celebrates the 40th anniversary of political reform of openness. During this time, China has made tremendous progress. We are happy with the achievements of our Chinese friends. We have always appreciated our neighborhood,» the President of Kyrgyzstan said.