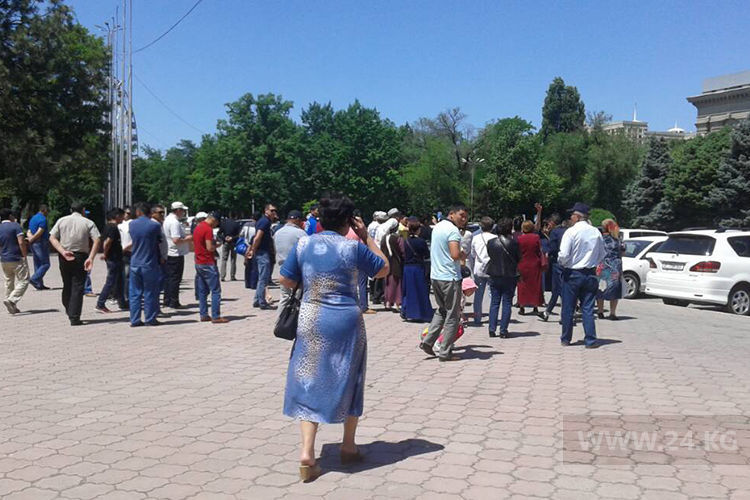 Residents of Chui region hold a rally in front of the Hose of Government in Bishkek. About 50 people demand from the officials to come out to them.

According to Beknazar Aitaliyev, the Chairman of Transformation NGO, the protesters want to include the lands in Alamudun and Sokuluk districts in the list of transformed lands.

«The Parliament should consider a variant of the law on the transformation of land in Sokuluk and Alamudun districts. This bill should have been considered at the end of December 2017. However, the conciliation commission from among the representatives of the Presidential Administration, the government and the Parliament, delays the process. The people demand their opinion to be taken into account when considering the bill. If there are any corruption risks, let them be announced,» Beknazar Aitaliyev said.