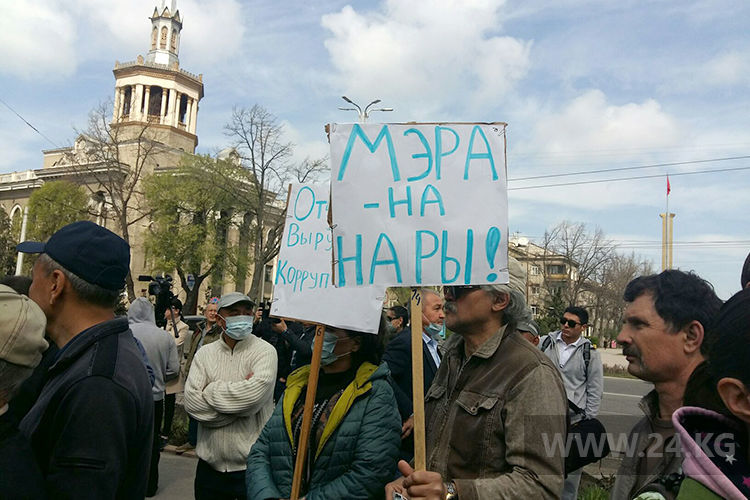 Residents of Bishkek, who gathered for the flash mob «We are suffocating» in front of the building of the Bishkek City Administration, demand resignation of the mayor Albek Ibraimov. They accuse the authorities of corruption.

«There is a mass felling of trees, the city is gas-polluted, and the authorities are mired in corruption,» Erkin Bulekbaev, the Chairman of the Green Party, said at the rally.

«The authorities should be responsible for their actions to the citizens. More than 100 hectares were taken out of the parks and they want to take other areas. Stop it! Or do they hope to leave the country, like Akayev or Bakiyev?» he stated.

Participants of the rally chant: «We are suffocating!», «Mayor, get out!»